February 9, 2019February 23, 2021 by milena rampoldi
Second woman files criminal complaint against former Costa Rican president and Nobel laureate, alleging sexual abuse.
A former Miss Costa Rica has filed a criminal complaint against Nobel Peace Prize laureate and ex-President Oscar Arias, adding to a growing number of women lodging accusations of sexual misconduct against the renowned statesman.
Yazmin Morales, a former beauty pageant winner, told Reuters news agency on Friday that Arias forced himself on her at his San Jose home in 2015, after he had contacted her via social media.
“He grabbed me, forcibly got close to my body, and then with one of his hands he touched my breasts over my clothes and kissed me against my will,” said Morales, repeating accusations first reported by Costa Rican media.
“I was in shock. I didn’t expect anything like that from someone so well-known and someone I admired very much,” she added.
Prosecutors confirmed the complaint’s existence on Friday, telling The Associated Press they had “received a new complaint against Mr. Arias Sanchez for the presumed crime of sexual abuse”.
The case by Morales is the second criminal complaint against the former president. 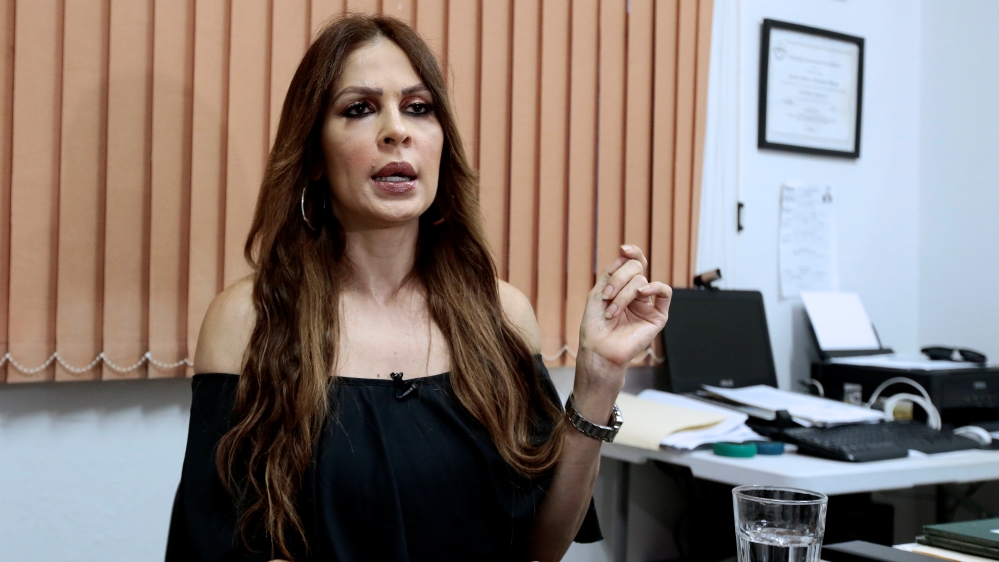 Yazmin Morales, Costa Rican ex-beauty queen, accused Oscar Arias of assaulting her at his San Jose home in 2015 [File: Juan Carlos Ulate/ Reuters]
At least five women have accused Arias, 78, of actions ranging from unwelcome fondling or sexual innuendo to sexual assault.
In the first police complaint, filed on February 4, the former president is accused of groping, kissing and penetrating Alexandra Arce, an anti-nuclear activist, with his fingers at his home in 2014.
Arias denied wrongdoing when the initial complaint surfaced, saying he has never violated any woman’s will and has fought for gender equality during his career.
As more allegations emerged, his lawyer Erick Ramos has declined to comment further, citing the pending legal case.
Several hundred women gathered in Costa Rica’s capital on Friday evening to support Arias’ accusers, some chanting: “To those who denounce, to those who are afraid, today we tell you, yes we believe you!”
“This is something very serious, that Costa Rican society should deal with the violence we live with every day,” said Ana Maria Rodriguez, spokeswoman of the Legal Abortion Movement in Costa Rica.
Arias was twice elected Costa Rica’s president and in 1987 was recognized with the Nobel Peace Prize for his work to end civil wars elsewhere in Central America.
On Thursday his National Liberation Party announced that he was leaving the party pending an outcome of the first criminal case.