February 1, 2019February 23, 2021 by milena rampoldi
Pope Francis will travel to the United Arab Emirates on Sunday on his first visit to the Arabian peninsula. The UAE’s ambassador to Germany, Ali Abdulla Al Ahmed, tells Christoph Strack why it’s so important for the region.
Your Excellency, Pope Francis will travel to the United Arab Emirates (UAE) this Sunday. He will be the first pope to ever visit the Arabian peninsula. What is the importance of the pope for your country?
Ambassador Ali Abdulla Al Ahmed: The visit of His Holiness Pope Francis to the UAE is of great importance. To my country – the United Arab Emirates – and many others besides. It’s a great opportunity, when the head of the Catholic Church, with its more than 1,2 billion Roman Catholics, meets the grand imam in Abu Dhabi. That’s a symbol of tolerance. We are sending a message of peace and coexistence.
In what sense?
Al Ahmed: There are many false gospels circulating in todayʹs world, not to mention misinterpretations of the divine message. Religion is based on mercy, on tolerance and mutual acceptance. The visit is a huge step forward; it will help to bring the philosophy of coexistence together – how we can accept each other, even bearing in mind our differences. It’s a great thing that God made us unique as individuals.
What about tolerance and pluralism in the UAE?
Al Ahmed: Religious pluralism is very common in the UAE, more now than in the 1950s or 60s. Today there are over 70 churches and temples and a synagogue. Pluralism is a social need. Even though some people try to capitalise on our differences to serve their own agenda, we have legislation against discrimination based on race or faith. I believe religious tolerance, and tolerance in general, is the core of all religions. That’s something that cannot be denied. 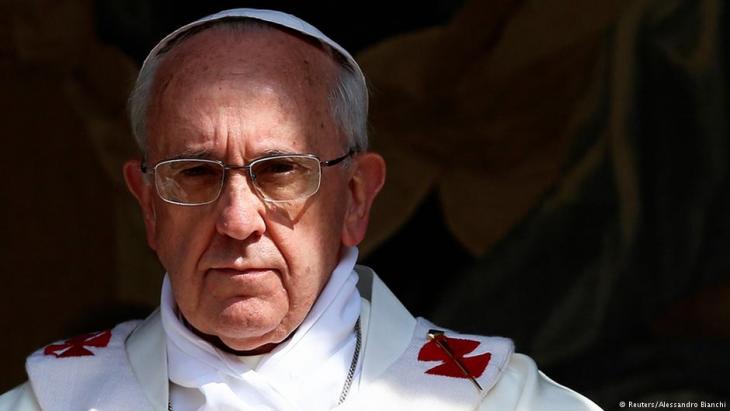 In a video message to the United Arab Emirates, Pope Francis said he was looking forward to “a new chapter in the history of relations between the religions”. The pope has also called the UAE a “model of coexistence and human fraternity.” For the Emirates, the papal visit is perfect publicity, coming as the “Year of Tolerance” proclaimed by the leadership gets underway
We don’t know what the pope will say during his visit. The purpose of the visit is interfaith rather than political. But what will happen if the pope prays during the public mass for the victims of a war, for example, like in Yemen, in which the UAE are involved? Will the pope be subject to any restrictions?
Al Ahmed: There are no restrictions. His Holiness is a man of peace and we realise this. And we realise also that we are the first people who would benefit from peace in our area. In Yemen, it was clear from day one that a political solution is the only solution for the people there to have a decent life. And as a part of the coalition we are willing to negotiate with the other party.
But to negotiate you need another party that has the credibility to deliver. Since the Stockholm agreement in December, there have been more than 600 violations of this agreement according to the United Nations, violations committed by the Houthi rebels. We aim to move forward in the quest for a political solution. But for a political solution you need all parties to come together. For the Houthis it means helping the enemy to help themselves.
People in Europe have a troubled perception of the situation in the Arab world is very difficult, one that is dominated by wars, conflicts and violence, for example in Syria, in Iraq, in Libya. There is violence and instability…
Al Ahmed: I can understand why peopleʹs perceptions of the Arab world are all about violence and instability. One third of international news bulletins is about the Middle East. And the news coming out of the Middle East is not always positive. 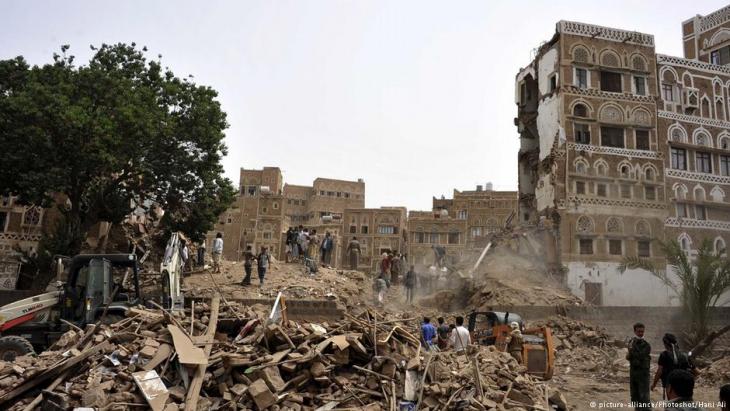 The only solution to Yemen is political: “to negotiate you need another party that has the credibility to deliver. Since the Stockholm agreement in December, there have been more than 600 violations of this agreement according to the United Nations, violations committed by the Houthi rebels. For a political solution you need all parties to come together: for the Houthis it means helping the enemy to help themselves,” says Ambassador Al Ahmed
Yet the Arab world also boasts many success stories and it’s vital that our allies in Europe, in America and everywhere else encourage these examples and promote them. Yes, there is a lot of suffering, but we should not only focus on the destruction.
We believe it’s in the interest of the entire world to come together to solve not only the Middle East problem, but other problems such as extremism and terrorism. The latter are often beyond the control of countries. They are problems that transcend borders. Messages of hate and intolerance abound around the globe. Here in Europe and elsewhere. That’s the problem.
We need to come together to confront all these false perceptions about religion. That’s why the visit of Pope Francis means a lot; it is creating a platform upon which we can build. If people choose to mislead each other and claim that Islam is fighting Christianity, that’s simply not true. Both are religions of God and both are religions of peace.
Interview conducted by Christoph Strack
© Deutsche Welle 2019