December 10, 2018February 23, 2021 by milena rampoldi
Gaza’s health ministry has carried out 94 amputations since protests began in March, 82 of them involving lower limbs.
Israeli forces deployed along the fence that separates Israel from the Gaza Strip have fired live rounds at rock-throwing Palestinian protesters ever since demonstrations demanding the right to return began in March.
And for eight months, Israeli snipers have targeted one part of the body more than any other – the legs.
The Israeli army says it is responding to weekly assaults on its frontier by Palestinians armed with stones, grenades and firebombs. The military says it opens fire only as a last resort, and considers firing at the lower limbs an act of restraint.
Still, 175 Palestinians have been shot to death, according to an Associated Press count. And the number of wounded has reached colossal proportions.
Of the 10,511 protesters treated at hospitals and field clinics in Gaza so far, at least 6,392, or roughly 60 percent, have been struck in the lower limbs, according to Gaza’s Health Ministry. At least 5,884 of those casualties were hit by live ammunition; others have been hit by rubber-coated metal bullets and tear gas canisters. 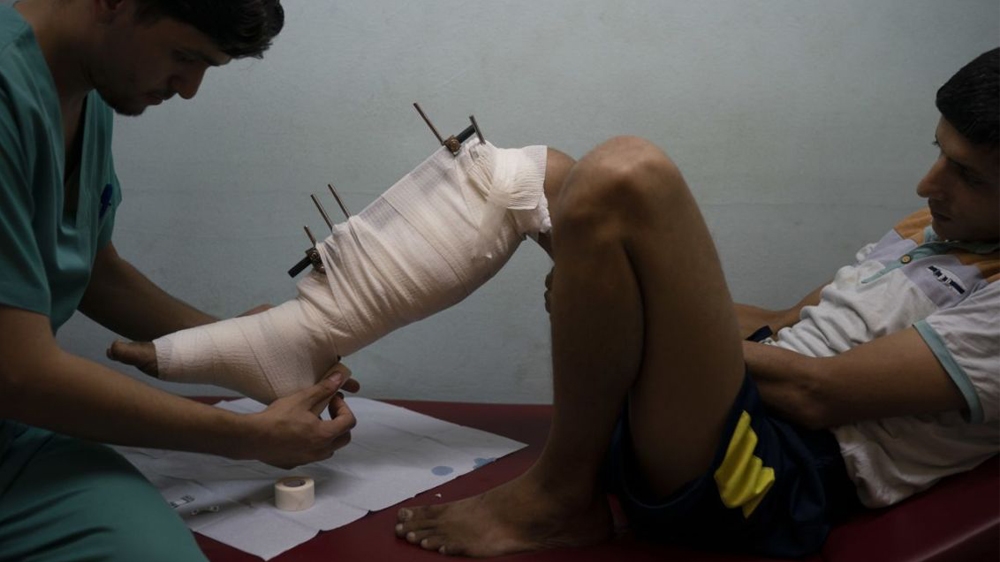 Mahmoud Abu Assi, who was shot in the leg during a demonstration, has his bandage changed in a clinic run by MSF (Doctors Without Borders) in Gaza City [Associated Press]
The upsurge in violence has left a visible mark on Gaza that will likely remain for decades to come. It is now common to see young men walking through dilapidated streets on crutches. Most have legs bandaged or fitted with a metal frame called a fixator, which uses pins or screws that are inserted into fractured bones to help stabilize them.
The wounded can often be seen gathering at a treatment clinic run by the Paris-based medical charity Doctors Without Borders in Gaza City, where Associated Press photographer Felipe Dana took portraits of some of them.
Some of those he photographed acknowledged throwing stones towards Israeli troops during the demonstrations. One said he had hurled a firebomb. But others said they were unarmed bystanders; one paramedic said he was helping rescue the wounded, while another man said he was waving a Palestinian flag and another said he was selling coffee and tea. 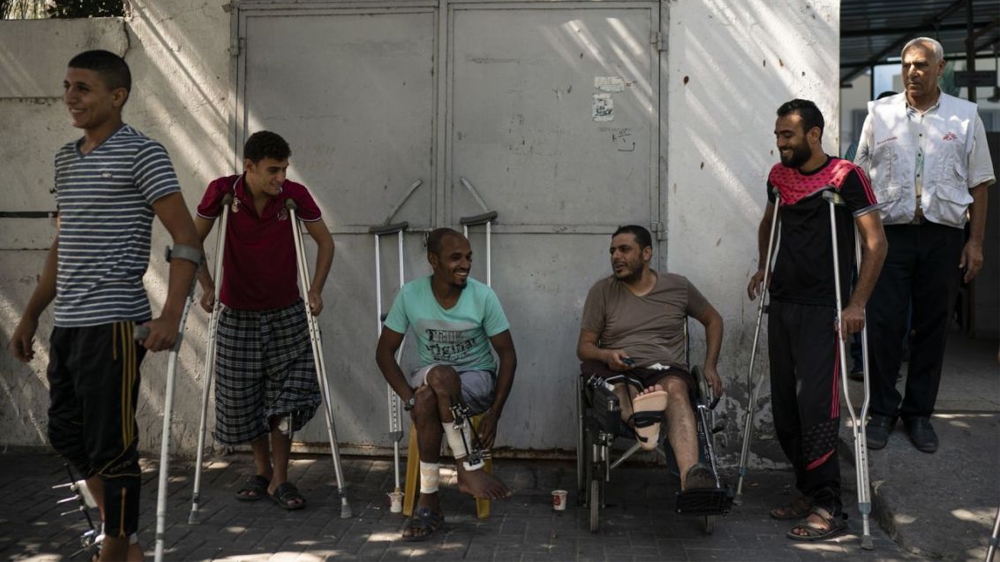 Patients with leg injuries they attained during demonstrations, gather outside a clinic run by MSF in Gaza City in September 2018 [Associated Press]
International human rights groups have said the military’s open-fire rules are unlawful because they allow the use of potentially lethal force in situations where soldiers’ lives are not in immediate danger.
Lt. Col. Jonathan Conricus, an Israeli military spokesman, rejected international criticism that Israel’s response has been excessive. Instead, he said that firing at people’s legs was a sign of restraint.
“Hamas is responsible for orchestrating violent riots where thousands of Palestinians assault our borders with the goal of breaching our defensive lines and attacking Israeli forces and civilian communities,” he said.
“Israeli soldiers use live fire only as a last resort, after written and verbal warnings, as well as extensive use of tear gas and other non-lethal means have been exhausted. It is our duty to defend our civilians and sovereignty, and we do it with the minimal use of force possible,” he said. 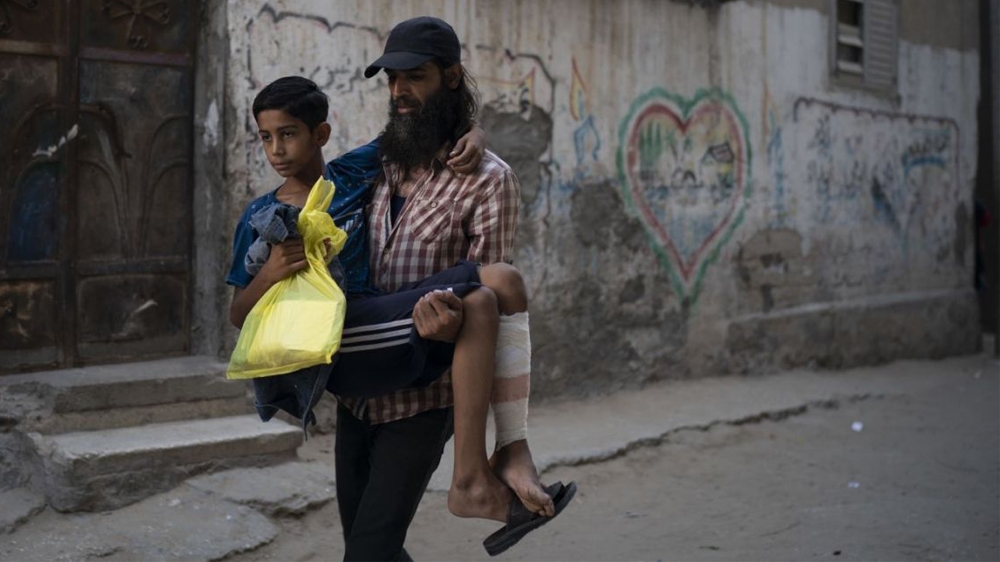 Raed Abu Khader, right, carries his 12-year-old son Mohammed as they return from the hospital in Gaza City [Associated Press]
Doctors Without Borders said this month that the huge number of patients was overwhelming Gaza’s health care system, which has already been severely weekend by a blockade imposed by Israel and Egypt that has fueled economic stagnation and rampant unemployment, and devastated water and electricity supplies.
The Paris-based aid group said the majority of the 3,117 patients it has treated have been shot in the legs, and many will need follow-up surgery, physiotherapy and rehabilitation.
“These are complex and serious injuries that do not quickly heal,” the group said. “Their severity and the lack of appropriate treatment in Gaza’s crippled health system means that infection is a high risk, especially for patients with open fractures.”
“The consequences of these wounds … will be lifelong disability for many,” the aid group said. “And if infections are not tackled, then the results could be amputation or even death.”
Gaza’s Health Ministry says it has carried out 94 amputations since the protests began, 82 of them involving lower limbs.