Opinion: Four girls under 10 have died recently from FGM, it’s time to act

December 21, 2018February 23, 2021 by milena rampoldi
Four young girls lost their lives recently after undergoing female genital mutilation (FGM) in Somalia. They had a lot in common. All four were almost the same age – between 10 and 11 years old. Everyone lived within a 200-mile radius.

Deeqa Dahir Nuur was the first of the four to die in mid-July when she was taken to a traditional cutter in Olol village in the central state of Galmudug. She bled for two full days before her family took her to the hospital in the town of Dhusmareb, where she passed away.
News of her death reached international media and caused such an outrage that Somalia’s deputy prime minister Mahdi Mohamed Guuled called for a full investigation. However, this has yet to happen.
Last month, two sisters from the remote pastoral village of Arawda in Galdogob, Puntland, died in very similar circumstances.
Aasiyo Farah Abdi Warsame and her sister Khadijo, aged 10 and 11 respectively, died after they hemorrhaged for over 24 hours. Once again, their families did not seek medical help until it was too late.
They both died on their way to the hospital.
In late August, 10-year-old Suheyra Qorane Farah and her seven-year-old sister Zamzam underwent FGM in their home in Tuurdibi, a tiny village near the Ethiopian border.
They also bled profusely and, a week later, fell into a coma. The girls’ mother decided to take them to a medical facility in Galdogob, where they both remained for close to two weeks. Zamzam’s condition improved slightly, but her older sister died in late September, having contracted tetanus.
Suheyra’s father denied all knowledge of the plan for his daughters to undergo FGM and claimed he was away when it happened. He does not want the law involved and thinks the issue should be “handled” by religious leaders.
Even when girls die from FGM in Somalia families continue to believe it was an “act of God.”
It has taken several decades for the reality to seep through that FGM is not a cultural practice, but rather a human rights violation, an extreme subjugation of women and girls — often leaving them with harmful lifelong medical and psychological consequences, and sometimes even taking their lives through bleeding or infection. 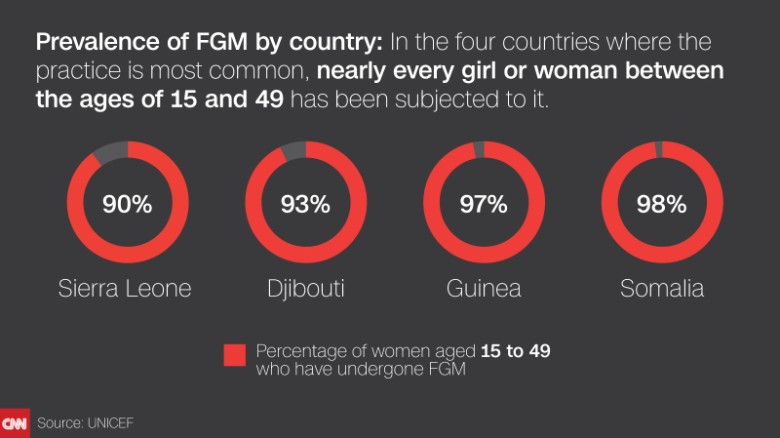 According to UNICEF at least 200 million women and girls around the world have been affected by FGM. In Somalia alone, 98% of women and girls have undergone it – the highest rate on the planet. We have no clear idea how many more girls have died along the way, but based on anecdotal evidence it is probably a very significant number.
It is clear to those of us who have worked on the issue for years that the recent deaths we have heard about in Somalia and elsewhere are not uncommon, but better reporting and communications have helped ensure that they no longer take place under a cloak of silence.
And yet we still do not have a complete ban on FGM in several countries with higher levels of prevalence – including Somalia. Draft laws have been written – and partially approved – in both Puntland and at the federal level in Mogadishu, but traditional leaders have blocked politicians in getting either of these passed.
Donor Direct Action, the organization I founded in 2011, partners with The Galkayo Centre in Puntland Somalia. This group has been ending FGM for almost two decades.
After her sister died from it, Hawa Aden Mohamed, the center’s Executive Director, committed her life to ensure that this abuse of girls in Somalia is eradicated. 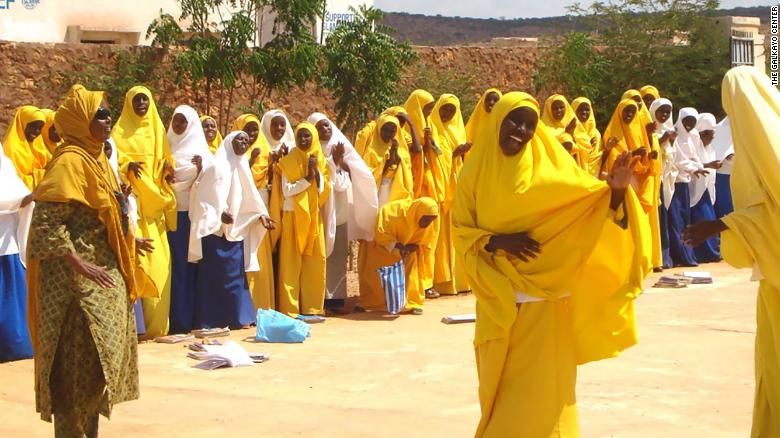 Somali girls at Galkayo Centre in Somalia where girls and their families are taught about dangers of FGM.
We worked directly with Hawa to amplify the recent fatalities in international media including CNN, and genuinely hoped that they would be a shocking wake up call for politicians who would hasten to ensure girls are kept safe.
Although the silence has been broken in Somalia – and it is no longer possible to claim that girls do not die from FGM – we are still waiting for the country’s politicians to even investigate these cases, much less prosecute them.
Another central strand of ending FGM is getting funding to groups like The Galkayo Centre, which has been successfully educating girls and their families about its dangers. Many of the girls Hawa works with have unfortunately already been cut, but they are the key to breaking the cycle for future generations. Groups like this are doing so much lifesaving work, with minimal funding.
In 2013 the UK Department for International Development announced the biggest ever international investment in ending FGM.
It pledged £35m, which was largely directed towards the United Nations Joint Programme, a research program mainly focused on secondary research and a communications program, run by a UK-based for-profit management consultancy.
While helpful to the cause, this approach is no substitute for frontline grassroots advocacy.
Shortly after that funding was announced the late Efua Dorkenoo, known as the “mother of the anti-FGM movement” wrote about her hope that those existing programmes across African where countries are making progress should be funded. It is unclear how much funding has reached those frontline groups working to end it.
Sadly, it is likely to be very little, if any at all.
Today is International Day of the Girl. There seems no better moment to really zone in on ensuring that girls like Deeqa, Aasiyo, Khadijo, and Suheyra are no longer killed from this abhorrent and unnecessary form of violence committed against them.
We hope that Somalia, Sudan, and Sierra Leone all ban FGM outright – but we also need to drastically rethink how the campaign is funded internationally so that we can ensure that those leading efforts to end it finally have the resources they need to do so.