There is no state in Lebanon

November 20, 2018February 23, 2021 by milena rampoldi
Poverty is more than a lack of money, as the World Bank definition confirms. Moreover, it is harder to bear in countries where social inequality is more marked and individuals have less chance of social advancement.
Mona Naggar recounts her observations from living in Beirut.
I did not enjoy watching the movie “Capharnaum” by Lebanese director Nadine Labaki. I recommend it, nonetheless. It won this yearʹs Jury Prize at the Cannes Film Festival and has been showing at cinemas in Lebanon since the end of September.
The film tells the story of 12-year-old Zain, who grows up in a Beirut slum. He lives in a small run-down apartment with his struggling, dispirited parents and numerous siblings. Every day is a fight for survival. The question of Zain going to school does not arise; he must work for a grocer, who pays him in kind.
When his sister is forced into an arranged marriage, Zain runs away from home and starts a life of his own. He makes friends with a migrant worker from Ethiopia, who takes him into her poor home. Labaki holds up a mirror to Lebanese society. And what we see is an ugly, cruel, bleak world.
Solidarity is rare. The state only makes its presence felt when people are deported, put on trial or thrown into prison. I found the movie hard to watch because many scenes in it were all too familiar from daily life.
Slums and beggars – children, women with babies, old folks at crossroads – are common in Beirut and other Lebanese cities at any time. People sell flowers, paper tissues, chewing gum or just sit around listlessly. “Capharnaum” challenges us, the viewers, to consider our attitude towards the poor people around us. 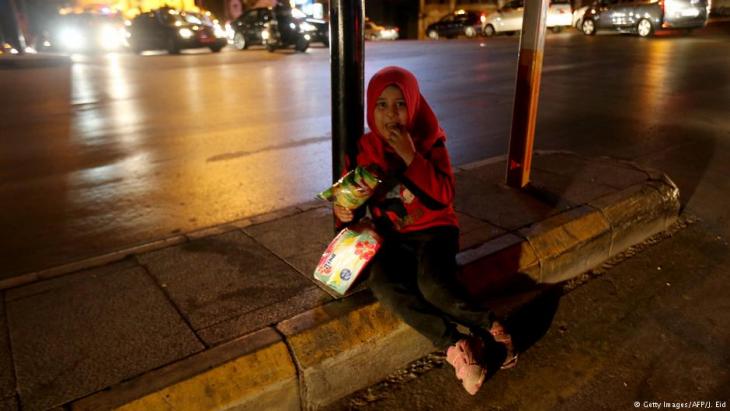 According to the United Nations Development Programme: roughly a third of Lebanese are poor and live on less than four U.S. dollars per day and person. Around 200,000 people have to get by on less than two dollars a day and are thus extremely poor according to the World Bank definition. Moreover, according to a 2015 report issued by UN agencies, NGOs and Lebanon’s labour ministry, at least 1,510 children, three-quarters of them Syrian, live or work on the streets of Lebanon
Back on the street, outside the cinema, I could not help wondering: should I give this child beggar money? If I do, will I not support the behaviour of irresponsible parents or the “childrenʹs mafia” that lurks in the background? Might it not be better to hand out food? Bananas and water? What should I do?
Daily struggle for survival
Some scenes in the film and situations on the street highlight just the visible side of poverty in Beirut – the side that no one can ignore. But there are many more facets. In the socially diverse district of West Beirut, where I live, I am surrounded by people who struggle for survival daily, without begging or talking about their problems.
Um Bashir is an example. She is a 40-year-old widow. Every day, she and her unemployed son sit in a doorway selling newspapers. Every coin she earns is vital. Then there is 13-year old Hammudi, who works from morning till night for a car mechanic instead of going to school. His parents get 20,000 Lebanese pounds (LBP) – the equivalent of about € 12 – for his weekʹs work.
And there are the young men who deliver crates of water to my door every few days or pack my shopping at the supermarket checkout. They all depend on the tips I give. But I am under no actual obligation to give tips. No one would call me to account or be outraged if I failed to do so.
But there is an unwritten law that requires me to give something. The “haves” give to the “have-nots” or to those with very little. A “have” should always have a few dark-green thousand-pound notes at the ready. A thousand Lebanese pounds is worth € 0.57. 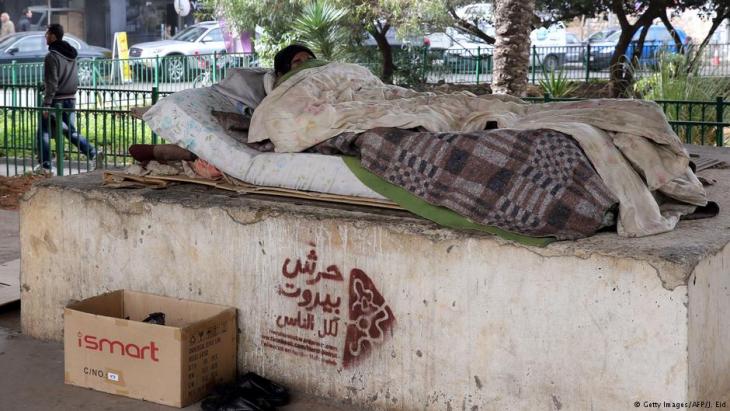