“Inshallah, if God lets us live that long”

November 12, 2018February 23, 2021 by milena rampoldi
For young women throughout the Arab world, everyday life is fraught with tension. In this piece Algerian writer and film-maker Drifa Mezenner presents her own take on conflicting generational expectations, societal pressures and the deeply felt desire to live a self-determined existence.
My mother wakes up before the rest of us every morning, makes coffee and very often bread too. I wake up late; I’m so happy as I awake to these aromas that are so familiar and so good. I sit at the table, my mind wandering and drink my coffee slowly, as if I want time to stop.
I munch the hot bread hungrily and watch my mother cooking lunch, completely relaxed. I look at her beautiful hands and her wrinkles. How can she be so calm?
I often think about ends, while she always thinks of beginnings.
She wants me to get married as soon as possible, have a family, bear a child or two, but no more than that, because she knows I’m not up to bringing up children. I can hear her asking me silently and repeatedly, “How can it be that you haven’t found the right man? How can it be that a girl like you, who doesn’t take a break all year long, can’t create opportunities and take advantage of them?” In her silence she says, “If I were you, I would have married a government minister.”
That’s all I need!
I remember that I have lots of things to do today. The day won’t be long enough. I should have woken up early. My mother says, “The early bird catches the worm.” I tell myself that it doesn’t matter, I’ll be patient. I’ll do what I can and besides, there’s no need for careful planning when we’re surrounded by absurdities on all sides. 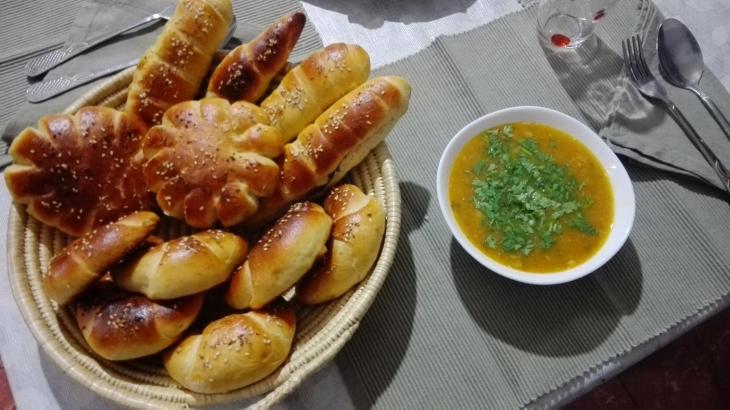 Fearing the trap of domesticity: “perhaps I don’t want to follow the example of my mother, who sacrificed so much that she forgot herself. Perhaps I don’t want mothers to be idolised so much that they don’t have time to be women. Perhaps I’m from an impatient generation that wants everything all at once and believes in myths and technology more than it believes in mothers,” writes Mezenner
I get dressed and then, in front of the mirror, I put some kohl on my eyes. I like to give my eyes some attention, to see in them the sparkle that helps me muster some confidence. My mother walks past and repeats what she usually says: “Don’t put anything on your face, my dear. You’re more beautiful without that muck!”
I smile as usual, gather all my stuff: my computer, handbag and other things. Before I get into the car she reminds me to be careful on the road and not to be too late, as I am every night, then she ends her advice by complaining that I work too much, never relax and that I would do better to find another job, or a man who would save me the trouble. I nod in agreement. Long ago I stopped expressing any opinion or objecting to the way my mother sees success. Deep down inside I sneer at the idea that marriage would be more convenient.
I get in my little red car and drive slowly, thinking of all the things I have to do today. The idea that I’ll have to go back home at sunset clouds my thoughts. I drive fast along the highway. I spend the day jumping from one project to another, none of which has been completed yet. I tell myself I have to organise my thoughts and focus my energy on one project.
The heavy traffic distracts me from my teeming thoughts. I see the face of a girl smiling from the back seat of a car that passes me. I smile back and remember that I want to have a girl and call her Louisa like my elder sister.
I want her to be as smart as her aunt but to study, unlike her aunt, who never had any luck in anything except that my grandmother and grandfather – may they rest in peace – liked her company and didn’t want her to move to the city like my other sisters and brothers at the time.
I want Louisa to be educated and grow up in an atmosphere that doesn’t remind her that she’s a girl whenever she wants to play outside or has a argument and defends herself. I want her to learn from her mistakes and not to feel guilty, with or without reason. I want her to defend her ideas, to be honest with herself and with those around her and to choose the life that makes her happy.
I don’t want her to feel frightened. Will I be able to help her? Wait till you find her father first.
I laugh as I try to get out of the log jam of cars jostling in front of me. 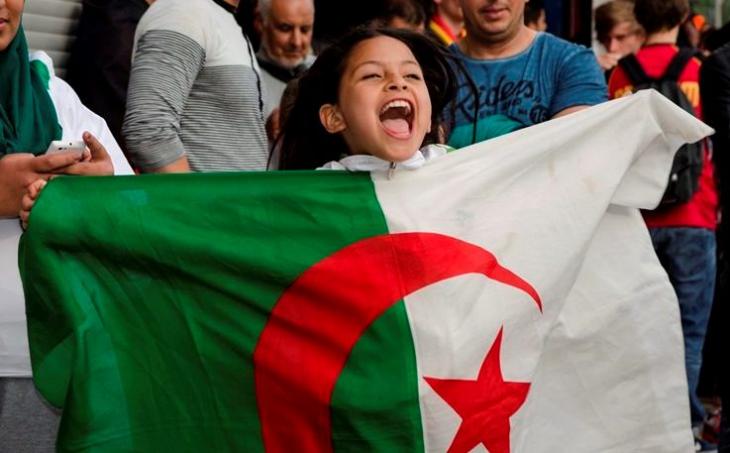 The desires of a generation: “I want my daughter to study, to be educated and grow up in an atmosphere that doesn’t remind her that she’s a girl whenever she wants to play outside or has a argument and defends herself. I want her to learn from her mistakes and not to feel guilty, with or without reason. I want her to defend her ideas, to be honest with herself and with those around her and to choose the life that makes her happy,” writes Mezenner
I find a way out and think I’m lucky to have my mother, except for her nagging me about getting married. She has always listened to me and made me feel that I’m special. She has never judged me. I can talk to her about lots of things without worrying about how she might react. Her trust in me has no limits, but sometimes trust becomes a burden: the burden of traditions and endless taboos.
My mother married my father after she and her first husband divorced. The decision to divorce was courageous and at the time the label “divorcee” didn’t carry the same stigma of rejection and disapproval as it does now. She married my father, who already had six children.
I don’t know how she mustered the strength to bring up all his children and then to maintain her interest in them all after her own children came into the world. She can’t have spent much time thinking about every detail, as I do.
She belongs to a generation that does as much as it can at the time, but that is also capable of giving generously, without expecting anything in return and without counting the cost. I don’t have one quarter of her patience or endurance. The truth is that I don’t want to be patient or to put up with what she has suffered over the years, because it hasn’t been fair.
Perhaps I want to be selfish in a way that enables me to live with the least possible effort.
Perhaps I don’t want to follow the example of my mother, who sacrificed so much that she forgot herself.
Perhaps I don’t want mothers to be idolised so much that they don’t have time to be women.
Perhaps I’m from an impatient generation that wants everything all at once and believes in myths and technology more than it believes in mothers.
I arrive at my destination after a tiring journey, work several hours and then decide to go home. I’ll finish off the work there. It’s a relief to be free to manage one’s time. My mother calls. She tells me a list of things she wants me to bring. I write down her order. She asks me not to be late. It annoys me, but I don’t show my displeasure and I ask if that’s everything.
I go home loaded with the stuff. My mother takes the bags from my hands and complains that I spend my money carelessly and without consideration for inconvenience. I console her by saying I’m happy like that and that my financial situation will soon improve. As usual, she doesn’t believe me. Then I joke: “I’ll soon go and live alone; it would be cheaper that way.” She doesn’t answer. Maybe she doesn’t like the idea.
“I’ve worked hard so that you can achieve what I never achieved,” my mother says as she unpacks the stuff from the plastic bags that cover the kitchen table. I try to help, then move on to another subject. I ask her if my sister Soheila has called and she says no.
“Mum, is there any bread left?” I ask.
“It’s finished, but you can bake some more if you like,” she replies.
“It wouldn’t be as good as your bread. I’ll bake tomorrow,” I say, exhausted.
“Inshallah, if God lets us live that long,” she replies, teasingly and wistfully.
Drifa Mezenner
© Goethe-Institut Cairo | Perspectives
Translated from the Arabic by Chris Somes-Charlton
Drifa studied artistic design and English literature and worked as a graphic designer for more than seven years before she decided to start making documentary films. She produced her first short film, ″J’ai habité l’absence deux fois″, in 2011. It was shown in numerous festivals and won prizes. In 2017 she produced a documentary film about locally elected Algerian women. She is working on finishing her first long film ″Drifa and the Lonely Whales″.