November 20, 2018February 23, 2021 by milena rampoldi
Why resort to bans on specific religious practices, when we live in an age and a form of society where one can open oneself to permanent processes of education?

If piety and self-determination are to be brought into line with a liberal, democratic society, argues Emel Zeynelabidin, then other measures must be applied.
I don’t think anyone except those living with headscarves knows what it means to do so. The headscarf is above all about identity and the attempt to prevent anyone from taking that identity away. Even though I now personally regard religious identity as something constructed, I do take it seriously – out of consideration.
Mothers who wear the headscarf are role models for their daughters. The likelihood of their daughters also going on to wear the headscarf is very high. Article 16 of the UN Convention on the Rights of the Child grants children the right to protection of their privacy against arbitrary or unlawful interference. Around the world, a series of fundamental children’s rights have been identified within the Convention on the Rights of the Child since 1990. One of these is the right to protection against discrimination. This should also be in the interest of Muslim parents!
Muslim women wear the headscarf because they are adhering to a prescribed religious practice that only becomes binding when a girl reaches puberty. Putting headscarves on little girls contravenes this religious rule, in that it imposes on the child at far too early a stage the role of the devout woman who has reached child-bearing age.
Islamic organisations fail to address the issue
That being the case, if Islamic organisations see themselves as the representatives of Islam, is this not a matter they should address? Why do they just stand by and watch when parents – using God as an instrument of power – damage the natural development of the children in their care and cast Islam in a bad light?
Instead, I see the government in the German state of North Rhine-Westphalia and the government of Austria considering a “ban on children’s headscarves” for Muslim schoolgirls under the age of 14, i.e. girls that have not yet reached the legal age of religious maturity, in order to avert the danger of a threat to the child’s welfare. 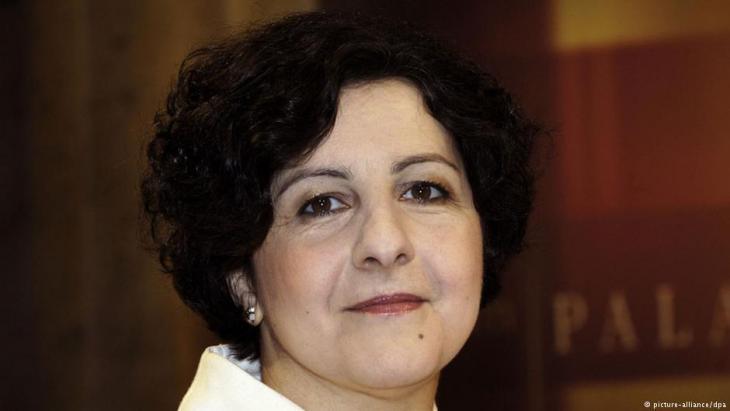 Emel Zeynelabidin, born in 1960, is a religious Muslim, author and interfaith dialogue activist. She stopped wearing a headscarf in 2005. She has been awarded the Luther Prize and the Frauenbrucke Prize. Her most recent book was “Erwachsen wird man nur im Diesseits” (“You grow up only in this life”)
The women’s rights organisation Terre des Femmes in Germany has recently followed suit by organising a petition for the introduction of a ban and suggesting that the legal age of religious maturity be pushed back four years. This would mean that Muslim girls would have to keep their heads uncovered in school until they reach the age of 18. In what way does that take into account the right of parents to bring up their children and religious freedom?
In the process of self-discovery, emancipation means reflecting on truth and error and distancing oneself from previous patterns of behaviour that are detrimental to body and soul.
Muslim women who choose to submit to a set of given rules and rituals in God’s name are not unfortunately in the least bit emancipated in the way that the women’s movement in the non-Muslim world has emancipated itself from the patriarchy. Religion is a product of the patriarchy and includes the image of a God who has an impact on all aspects of life.
Why resort to bans, when we live in an age and a form of society where one can open oneself to permanent processes of education? If religiousness and self-determination are to be brought into line with a liberal, democratic society, then other measures must be applied!
The feeling of being exposed
A religious practice that demands obedience through duties and in which women are forced to experience disadvantages in society within the framework of the allocated “role of the Muslim woman” must urgently be questioned.
Moreover, with such strict rules, it is probable that in most cases, the women in question develop a very specific sense of being “covered” in the presence of strange men, leading them to feel “exposed” without their headscarves. Why else would it be so hard for them to remove their headscarves, even though many of them say that they wear the headscarf voluntarily?
The planned ban on this identity-shaping religious practice would certainly amount to “forced exposure” – not to mention the psychological impact it would have on the women in question. Once “my will” and “my religion” become identical, we are dealing with a form of dependence that should be explained to us by psychologists, rather than by critics of Islam who assail us at every turn with the cry that “Islam is misogynist”. 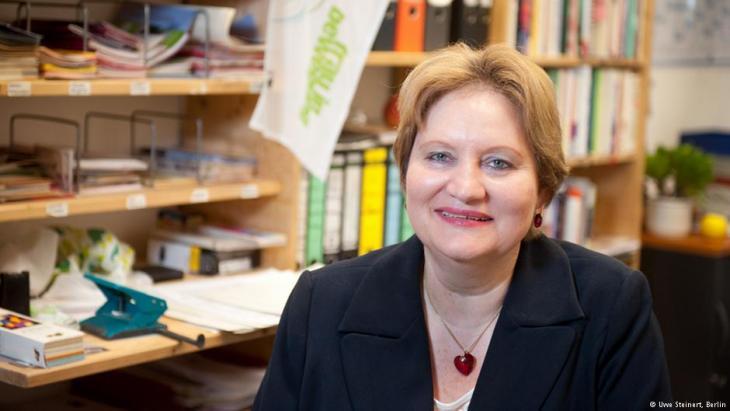 Headscarf ban for girls demanded: in August, the human rights organisation “Terre des Femmes” demanded a legal ban on headscarves for girls in schools and day-care centres from the federal government. “The children’s headscarf is a violation of children’s rights for us,” said Christa Stolle, the Federal Director of Terre des Femmes. Veiling in childhood conditions girls to such an extent that they are unable to take off the headscarf later
A ban would not help practicing Muslims to ask questions and to investigate what is truth and what is error. But this is precisely what it is all about when it comes to our responsibility towards generations to come: it is about taking away the main emphases of an identify-forming religious practice that goes hand-in-hand with being identified as a specific follower of a religion and shifting the focus to an individual’s development as a person who can settle in any society.
Truth and error in the light of religious freedom
The right to freedom of faith is protected in Germany’s Basic Law by the principle of religious freedom. This right to religious freedom does not, however, mean that a religion has to be tested for its suitability for reality. Nor does it mean that we have to consider, in the interest of a child’s welfare, what the full weight and responsibility of both historical legacy and global political abuse of Islam can do where there is no critical reflection.
There are no clear boundaries between tradition, religion and what is known as personal faith. Freedom of religion does not protect our children against Oriental traditions that hold women in contempt and can cause major divisions in modern societies. Children need a very special form of protection. After all, they cannot pose critical questions that would allow them to check the veracity of what they have been told.
Behind this freedom of religion, all kinds of terrible things abound in the name of Islam, including radical fanatics who use a scripture-based form of Islam to control those who share their faith and to combat those who do not. Religious policy must target such instances more closely!
The state in which we live has committed itself to neutrality. By introducing bans, however, it provokes reluctance and backlashes among Muslims and bolsters prejudices and reservations among its non-Muslim citizens.
The risk of turning people with different opinions into enemies is high. We must talk to each other about many inconsistencies, errors and contradictions in matters of religion and discuss such issues mindfully.
Emel Zeynelabidin
© Emel Zeynelabidin 2018
Translated from the German by Aingeal Flanagan