By Miranda,
The Heroine Collective 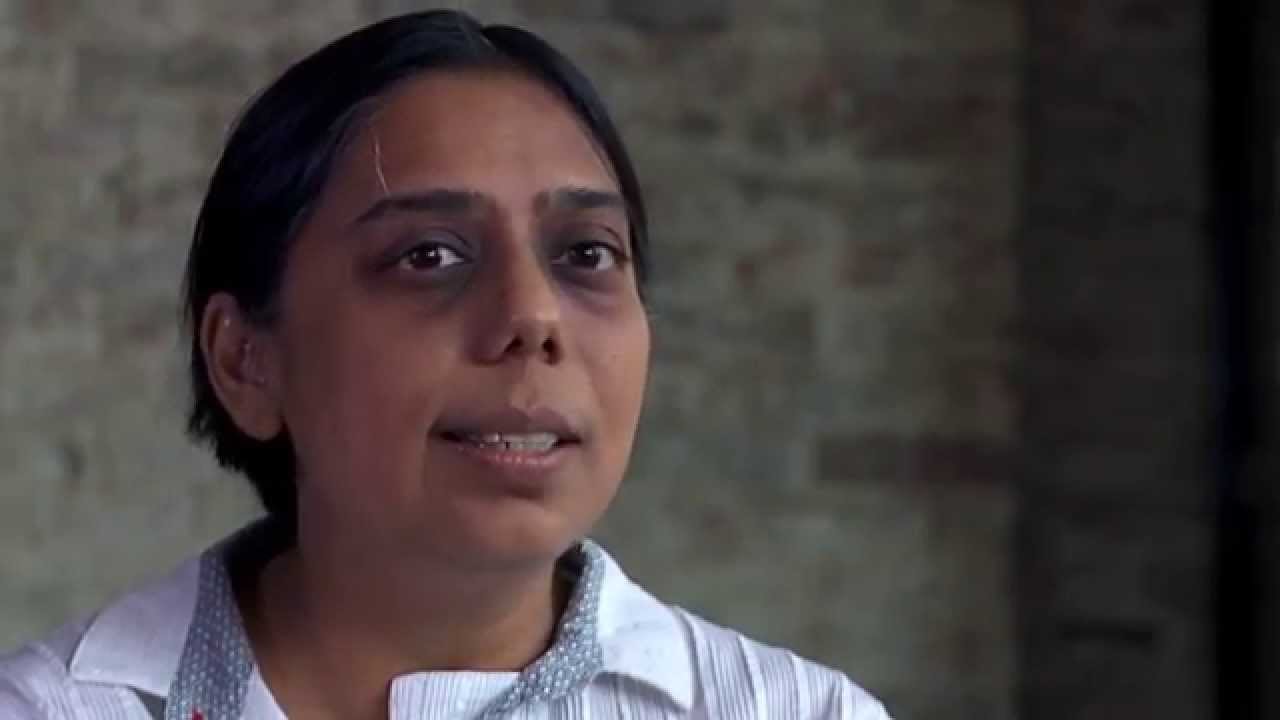 I would
tell them I was a feminist. They would ask me what’s a feminist and I would say
I was fighting patriarchy. They would become even more curious and ask me if it
was because I had no man in my life. Or did it mean that I didn’t need men,
they would ask. I would tell them that neither was the case. I wanted men on my
terms. I was not against sex. I was opposed to sexual power.

Set
against the lamentable world of sex trafficking, Ruchira Gupta is a determined
visionary. Her life is a catalogue of groundbreaking work: in 1997 she won an
Emmy for outstanding investigative journalism; in 2002 she wrote the first ever
manual in the world teaching police officers to investigate traffickers and
clients not their victims; and 2002 was also the year she co-founded Apne Aap, an organisation that campaigns to end
sex trafficking.

In a
context where Bake Off and Brangelina make the headline news, the Ruchira
Guptas of the world feel woefully under-celebrated, their circumstances too
complex or distant. Details of Gupta’s early life are remarkable for their absence.
The earliest any biography goes back is about her career as a journalist, where
her focus was on women’s rights, caste struggles and armed conflicted in the
north-east of India. She has spoken about the harassment she faced after
entering a mosque to follow a story: several people attacked the mosque,
trying to strangle her and simultaneously molest her. When she reported this
she was publicly shamed as people questioned her: ‘did I believe in god, did I
smoke cigarettes, did I have male friends.’

In 1996
she produced a pioneering documentary, The Selling of Innocents, which would go
on to win global acclaim. It traced the sex trafficking industry from its
source in Nepal to the brothels of Mumbai. Gupta asserts that India is the
‘epicenter of bonded labor’ and that there are more prostituted children in
India than anywhere else in the world. In the film the crew managed to secure
unparalleled access to the trade, even capturing on camera the moment a
Nepalese farmer sold his daughter into prostitution.
After the
documentary, Gupta joined with twenty-two of its subjects to found Apne Aap.
The women of the film had continued to meet informally and were inspired to
create a legal framework to support their aim to end sex trafficking. In 2002
Apne Aap, meaning ‘on one’s own’, registered as an NGO in Mumbai. Their mission
statement is to ‘increase choices for at-risk girls and women in order to
ensure access to their rights, and to deter the purchase of sex through policy
and social change.’ One woman who benefitted from the charity’s
services commented ‘Apne Aap gave me a job, so I did not need to prostitute
myself. Now I have a home. I can spend my life in a respectable way. Now I’m
not afraid of anything.’
They have
a network that provides a legal and social foundation for girls, supporting
them when they are at risk of being trafficked or helping them find a way out
of prostitution. By setting up centres that combine legal casework, education,
self-empowerment schemes and access to housing, Apne Aap seeks to tackle wider
socio-economic factors that make women vulnerable to forced prostitution. At
the same time it gives them the immediate practical support they need to stay
safe. They also campaign to stop demand for sex, emphasising that it is the
customers not workers that are culpable for the ‘recycling’ of women – as Gupta
calls it.
All of
Apne Aap’s twenty-two founding women have now passed away from hunger, suicide,
or AIDS-related problems, but their organisation – and Gupta – continue
campaigning. Gupta has testified to the Indian Parliament on amending its
trafficking law, as well as contributing to the first US law against
trafficking, the Trafficking Victims Protection Act. She also lobbied alongside
other activists at the United Nations which resulted in the first UN structure
to address demand for trafficking.

There is
more self-confidence among women to speak out… While in upper class families
there is a silent abuse of children in and outside the home, in working class
families it is sex trafficking and prostitution. This is one inequality which
cuts through class and caste.

From
twenty-two women, Gupta helped to build an organisation that now supports over
20,000 low-caste girls and women in India. But there is more to do. As Gupta
says, ‘Going forward I feel, it may even mark the end of trafficking in the
world, where we say, “Oh, trafficking is history. It used to happen in such and
such century or in such and such decade,” just like we say about slavery.’ The
challenge is that the communities that can be most affected by sex trafficking
are voiceless and vulnerable. Gupta is ambitious about the possibility of
change as these issues are more discussed than ever before, particularly in the
wake of the 2012 Delhi rape case. She will continue to campaign for the right
of women and girls to determine their own future, free of pressure and threat.