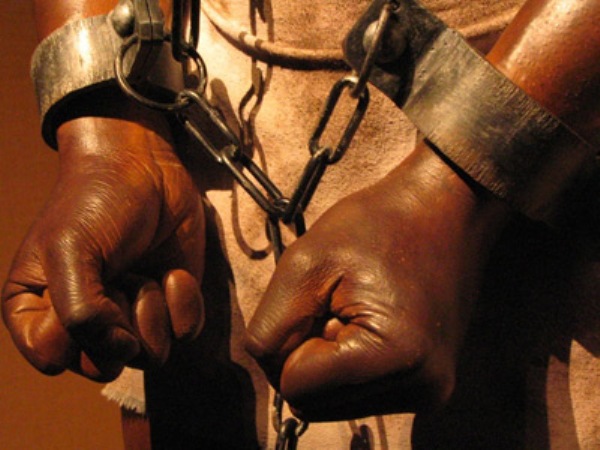 1. Mauritania
In Mauritania, slavery has been practiced for thousands of years, particularly by the light-skinned Berbers, commonly referred to as “beydan” (Whites), and the mixed Berber-Arabs — all of whom are the descendants of slave owners locally referred to as “al-beydan.”
Black Mauritanians from the minority ethnic group, referred to as “Moors” or the “Haratin,” account for the largest number of slaves in the North African country.
Here, slaves and their descendants are considered the full property of their masters. Although this practice was banned in Mauritania in 1981, it is still rampant in some parts of the country.
2. Sudan
Slavery in Sudan dates back to medieval times. It has recently had a resurgence during the second Sudanese Civil War that lasted between 1983 and 2005. During the war, human rights campaigners reported a rise in contemporary forms of slavery and accused the Sudanese government of supporting and arming various slave-taking militias in the country.
In response to these claims, the Sudanese government argued that slavery was a product of inter-tribal warfare over which it had no control.
Share
Sadly, the shameful practice still continues in some parts of the country more than a decade after the war ended.
The majority of those enslaved in Sudan belong to the Dinka, Nuer, and Nuba tribes, which are predominantly Black in appearance.
Their masters are primarily Arabs from the Baggara ethnic group.

3. Libya
Even though the slave trade was abolished in Libya in 1853, it still continues unabated particularly since the fall of President Muammar Gaddafi in 2011.
Black Africans from neighboring countries seeking to cross over to Europe through the Libyan coast are usually captured by Libyan rebels and sold off as slaves to local masters.
The practice is so widespread that human rights organizations are now calling for the immediate intervention of the international community.
What’s worse, the majority of these slaves are unaccompanied children fleeing war and persecution in their home countries.
There have also been claims of women refugees being captured and held as sex slaves in the North African nation.
4. Egypt
According to the U.S. State Department, Egypt is a source, transit, and destination country for women and children trafficked for purposes of forced labor and sexual exploitation.
The department further reveals that about 1 million street children in the North African country – both boys and girls – are exploited with prostitution and forced begging.
In 2014, the world was shocked by tales of widespread slavery and torture in Sinai Peninsula, where tens of thousands of slaves from neighboring African countries were reportedly held for trafficking.
These slaves are alleged to have been chained up and kept in water tankers for up to six months. Among them were women held as sex slaves.
The Sinai Peninsula is now said to be a haven for Al-Qaeda operatives and Bedouin smugglers and extortionists who have a free hand in the modern-day slave trade. It is estimated that there are more than 50 human trafficking gangs currently operating in the Sinai region.
5. South Africa
South Africa is one of the many African countries that suffered immensely during the Trans-Atlantic Slave Trade. Unfortunately, things haven’t changed much in terms of ending slavery in this rainbow nation: Last year, the Global Slavery Index estimated that close to 250,000 modern slaves exist in South Africa today.
About 103,461 victims of this practice were identified to have been subjected to commercial sexual exploitation. It has also been widely alleged that the majority of wine production companies in South Africa still practice slavery.
Among the most common forms of slavery in SA include forced labor, human trafficking, debt bondage, child exploitation, and forced marriage.