by William Hanna, 3 April 2018. Throughout history embattled heads of state have resorted to acts
of war abroad as a diversionary tactic from the problems besetting them at home.
The expediency of resorting to such a calamitous option — especially in the
light of his low approval rating goo.gl/EbwMpH, the special counsel
investigation goo.gl/2kjPnA,
and the sex scandals goo.gl/jErj7d
— must now be tempting for a much ruffled U.S. President Trump whose irrational
behaviour has led to his sanity being seriously questioned goo.gl/FZ4Xdv.
Trump’s formulation of an excuse for any such inexcusable and insane war has
already begun with his signing of an executive order on “Protecting America
Through Lawful Detention Of Terrorists.” 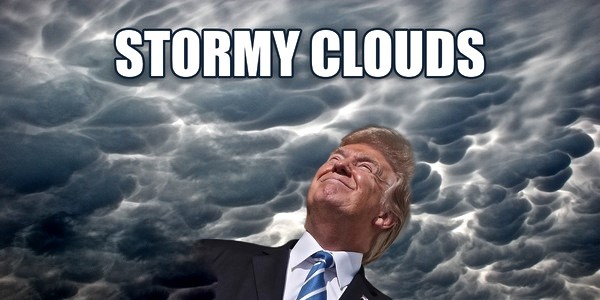 “When it comes to terrorism, we will do whatever is necessary to
protect our nation.”
President Donald J. Trump
A
diversionary war is a foreign policy ploy instigated by a leader of a nation to
distract the population from its own domestic tribulations. The concept
operates on the premise that by confronting a perceived external threat, the
nation’s attention will shift focus away from domestic problems and and instead
stimulate a national fervour that will rally support for the leader.
The
Iraq War (March 20, 2003 – December 18, 2011)
occurred at a time — following the attacks on September 11 — when the
U.S. public was devastated and fearful with the economy not doing very well.
Consequently a concocted pack of blatant lies alleging that Iraq possessed
weapons of mass destruction (WMDs) was presented as being an immediate threat
to the U.S. The subsequent invasion and occupation of Iraq was declared by a
triumphant President Bush as having been successful goo.gl/E1YLeY and led to his reelection for a second term.
There were no WMDs, death and destruction are still ongoing in Iraq, and the
American people continue bearing the cost.
During the summer of 1998 U.S. President Bill “I did not have sex
with that woman” Clinton confessed on television that his “romantic” dalliance
with White House intern Monica Lewinsky amounted to “a critical lapse in
judgment . . . a personal failure.” Three days later, with the Clinton
presidency hanging perilously on the edge of a precipice, the administration
announced airstrikes — allegedly in response to the bombing of the U.S.
embassies in Kenya and Tanzania — against suspected terrorist sites in Sudan
and Afghanistan. Many observers, however, claimed that Clinton had employed a
classic diversionary use of force to sidetrack the media, arouse patriotic
fervour, and boost approval ratings. When Secretary of Defence William Cohen
was asked if the airstrikes were launched to distract attention from the
president’s dalliance with the much younger Lewinsky, Cohen replied with the
all too too familiar mantra that the only goal of the strikes “was our absolute
obligation to protect the American people from terrorist activities.”
The U.S. Gulf War (August 2, 1990 – February 28, 1991)
response to Iraq’s invasion of Kuwait served as a diversion from President
George H. W. Bush Senior’s otherwise lacklustre presidency and his approval
ratings subsequently soared even though he was not reelected for a second term.
The main legacy of that Bush presidency — The Highway of Death — involved “the
indiscriminate bombing of tens of thousands of Iraqi troops and civilians
retreating from Kuwait and was one of the most heinous war crimes in history.” goo.gl/2jQugM 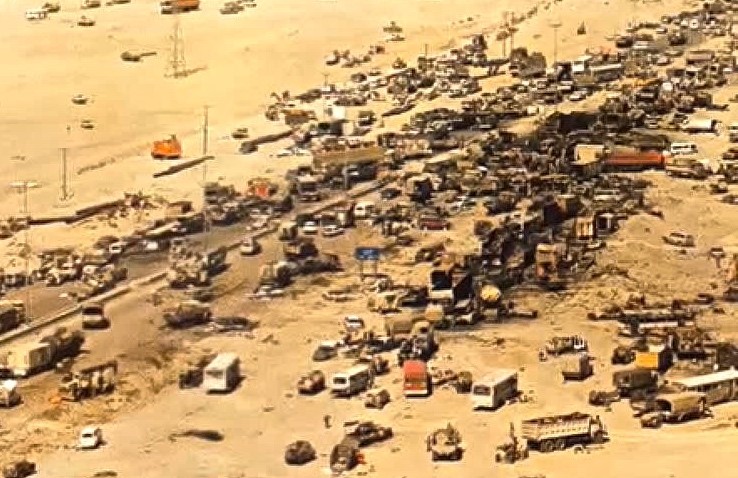 The diversionary wars domain, however, is not exclusive to the
U.S. as was the case when on April 2, 1982 Argentina invaded the Falkland
Islands because the ruling military Junta at that time had hoped to counteract
its increasing unpopularity at home by boosting national pride with the capture
of the Falklands which Argentina had long been claiming as its own territory.
Though a now declassified Central Intelligence Agency (CIA) document entitled
“Solutions to the Falklands crisis” had suggested the UK was “prepared” to
accept the “ultimate turnover of the islands to Argentinian sovereignty” goo.gl/2H6KQL,
the reality was quite different because British Prime Minister Margaret
Thatcher — still in her first term with a declining popularity rating and
lagging behind in the polls — decided to gamble on the belief that going to war
would boost her crumbling power base. It was just another example of a costly
war being fought by many to serve the political requirements of a few.
Currently the most imminent threat of another diversionary war
comes from the U.S. whose propensity for bombing the hell out of other nations
— to preserve the “American Dream” goo.gl/33VL93  — has recently
increased with the presence of a dangerously unbalanced occupant of the White
House. Bearing in mind that none of the aforementioned U.S presidents were
anywhere near as mad as Donald Trump, the American people — including their
AIPAC-controlled pathetic excuse for a government goo.gl/R5ubqU — have an urgent obligation
not just to themselves, but also to the rest of humanity, to remove that madman
from office before its too late. goo.gl/xeP2Ki
William Hanna is
a freelance writer with published books the Hiramic
Brotherhood of the Third Temple, The Tragedy of Palestine and its Children, and Hiramic Brotherhood: Ezekiel’s
Temple Prophesy which has also been published Chinese, French,
and  German, and is due for publication in Arabic, Italian,
Portuguese, Russian, and Spanish. Books and purchase information, sample
chapters, reviews, other articles, videos, and contact details at:
http://www.hiramicbrotherhood.com