At least
11 migrants died at sea and another 263 were rescued on Sunday in two separate
operations off the coast of Libya, the country’s navy said.
In the
first operation, “a coastguard patrol… was able to rescue 83 illegal migrants
and recovered 11 bodies in a rubber boat five nautical miles northeast of
Sabratha”, navy spokesman General Ayoub Kacem told AFP.
Sabratha
is about 70 kilometres west of Tripoli.
“The 11
dead migrants drowned when the dinghy overturned but were recovered by the
survivors and hoisted into the boat,” said Mohamad Erhouma, a member of the
nearby city of Zawiyah’s coastguard.
I80
rescued off Zliten coast
The
second rescue operation took place off the coast of Zliten in the country’s
east, where 180 migrants were rescued from two boats, according to General
Kacem.
Zliten is
about 170 kilometres east of Tripoli.
The
migrants, of different African nationalities, “were aboard two inflatable boats
when they were intercepted and then brought back to the port of Tripoli”, he
said. 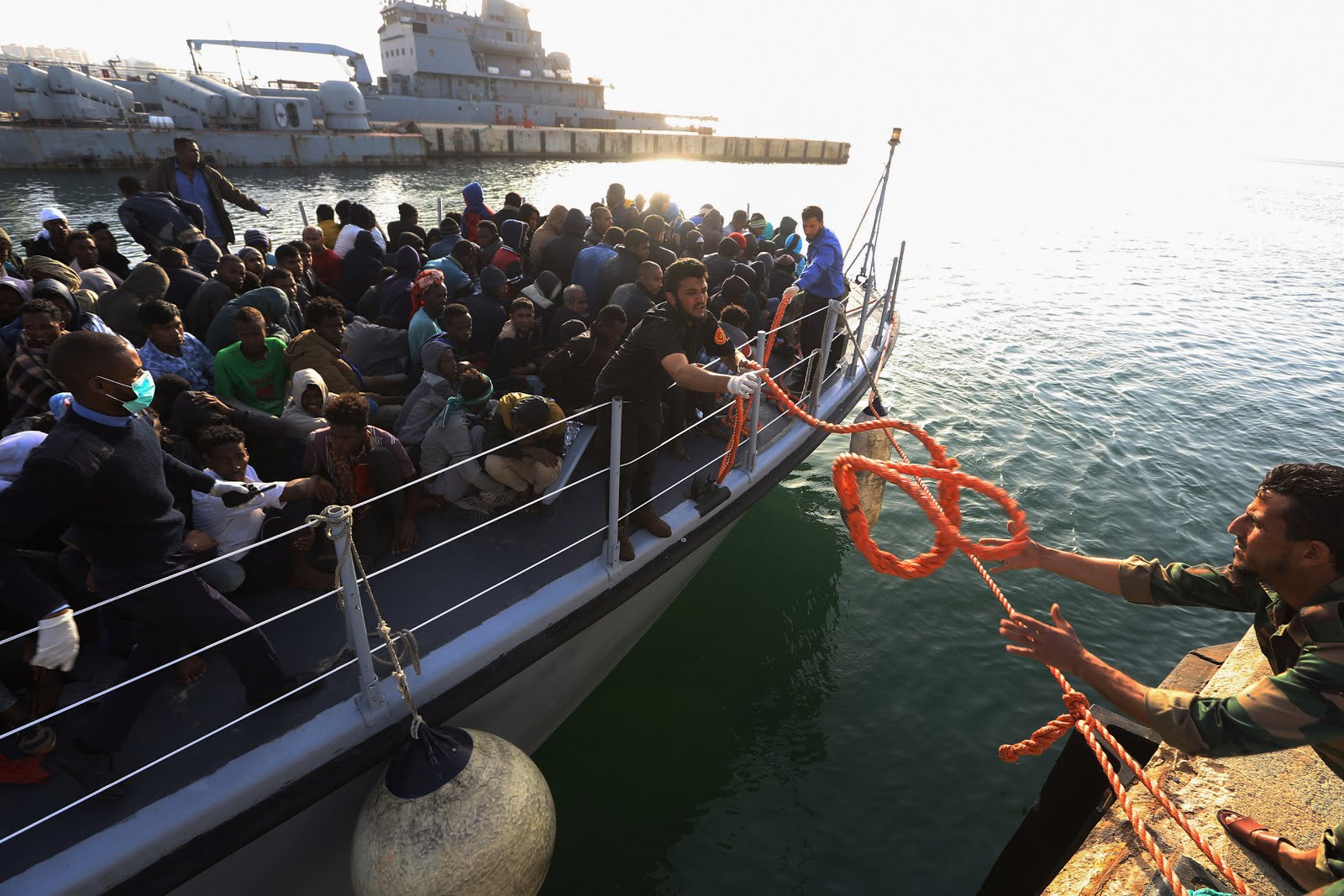 Since the
2011 fall and killing of longtime dictator Moamer Kadhafi, Libya has become a
key launch pad for migrants making desperate bids to reach Europe, often on
unseaworthy vessels.
Last year
alone, 3,116 people died attempting the crossing, according to the
International Organization for Migration (IOM), including 2,833 from Libya.
The
conflict-riven country is regularly singled out for the exploitation and
ill-treatment of migrants from sub-Saharan Africa.