Human
Rights Without Frontiers (HRWF) have published a report on Romania, outlining its
findings of systemic
human rights violations throughout the country’s judicial system. 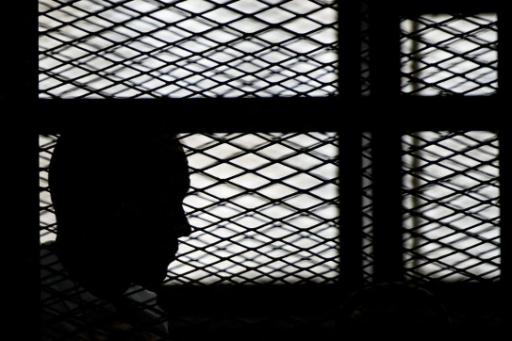 This report
is just one in a long line of recent articles that have been highly critical of
Romania’s anti-graft push championed by the DNA, the country’s anti-corruption
agency, that allegedly includes measures such as pre-trial detention, spurious
evidence being used as part of targeted smear campaigns, lack of due process
during trials; the list goes on.
The HRWF
report presents details this bleak picture of the state of Romanian justice, as
well as casting additional light on the appalling prison conditions many
individuals are frequently subjected to.
It
highlights some startling facts with regard the reputation of Romania’s
judicial system across Europe. In 2015 alone, the country ranked as the 3rd
highest human rights abuser out of the 47 members of the Council of Europe.
More than 27 of the 72 judgments made by the European Court of Human Rights
(ECtHR) relate to violations of inhumane or degrading treatment. Most notable
among this are its verdict on the appalling conditions and treatment in its
prisons. This doesn’t seem to have improved in any way, with 69 cases brought
before the ECtHR in 2017, more than any other EU country.
Criticism
is also coming from inside the country. Numerous articles appeared in the
Romanian press earlier this year, alluding to human rights abuses on an
unimaginable scale for a European prison in 2018. Eight guards from the Rahova
Penitentiary were arrested on charges of torture not long after an
investigation was launched following the death of a 33-year-old man in custody.
The allegations of waterboarding, urinating on prisoners, physical and verbal
abuse hark back to the early days of the Iraq War and the subsequent criminal
investigations into the abuse of Iraqi prisoners at Abu Ghraib. Such
allegations are hard to stomach, but sadly, not too difficult to believe.
In 2016,
the U.S. State
Department reported that prison conditions in Romania did not meet
international standards, with facilities lacking natural light and providing
inadequate sanitary conditions. Some facilities were also lacking in any
private space that would allow a detainee to hold confidential meetings with
their lawyers and families.
The U.N
has also joined in the chorus of condemnation with its most recent Universal
Periodic Review. The report noted that “The Committee against
Torture was concerned at alleged reports of violence by law enforcement
officials, including against minors, at the time of arrest, detention and
interrogation, which had amounted to ill-treatment and torture and which had
been aimed at, among other things, eliciting confessions, some of which had
allegedly resulted in death.”
The dark
side of the moon
Earlier
this year, leading Romanian anti-corruption journalists working with two
national TV broadcasters presented
audio and video evidence apparently showing DNA prosecutors
routinely faking documents, fabricating evidence. The claims and allegations
made in the reports, include DNA officials admitting to planting evidence,
blackmailing witnesses, falsifying official records and statements and
aggressively seizing assets, caused uproar across the country, forcing DNA
Director, Laura Kövesi to address the allegations during a public press
conference, something previously unheard of in Romania.
Kövesi
has said the DNA has said the entire justice system has been under attack by
fake news, but if there is any merit to the allegations, any one of these
illegal actions would be enough to bring down any number of some of the
high-profile cases. The scale and audacity of these activities are
breath-taking.
The
fallout resulted in Romania’s Justice Minister, Tudorel Toader, officially recommending
that Kövesi be removed from office. Romania’s centre-right
President Klaus Iohannis has defended Kövesi throughout the affair, saying
in mid-February that  he did not “ see any reason at this time to
remove the head of the DNA of her duties.” Kövesi claims she has “always
respected the law”.
There is
no doubt that there are many hard-working and well-intentioned prosecutors and
lawyers at the DNA who are appalled by these allegations. But if there is truth
to the independent reports and undercover tapes – they point to a cabal of
ruthless and corrupt prosecutors, led from the very top, who are willing to
break every rule and abuse every power to secure a conviction – and in doing
so, make a mockery of the notion of Romanian justice.
If the
allegations of abuse on this scale are found to be true, if indeed these abuses
are systemic throughout the judiciary, then the country may find itself in the
firing line of allies who are very quickly running out of patience. Romania’s
own constitution protects the rule of law and the independence of the judiciary
and yet, if proven true, the allegations and evidence put forth suggest the
country is currently failing to uphold its own promises, let alone the numerous
international regulations and treaties, of which Romania is a signatory, that
bind all countries to the same high standards.
There is
far too much growing evidence to ignore the issue any longer. The allegations
referenced in the HRWF report, as well as those made by the Henry Jackson
Society and countless others, ought to be urgently investigated. If
found to be true, it is time for the EU and other international partners to
act. With Romania due to take over the Presidency of the EU Council in January
2019, what is at stake is nothing less than the democratic future of their entire
country.