February 3, 2018February 23, 2021 by milena rampoldi
Rachael Denhollander was the first woman to publicly accuse former USA Gymnastics team doctor Larry Nassar of sexual abuse. As she worked to find justice for herself and the doctor’s other victims, Denhollander began to turn a critical eye on a community that she depended on dearly for support ― her church.
Denhollander, an evangelical Christian, saw that Biblical teachings about grace and repentance were being weaponized against victims, pressuring them into offering an easy forgiveness to their abusers. At the same time, churches lacked accountability structures that treated victims with compassion and respect.
It soon became clear to her that when it comes to properly caring for survivors of sexual abuse, the church has a long way to go ― and experts HuffPost spoke to agree.
Denhollander opened up about her disappointment with the American evangelical church in an interview Wednesday with Christianity Today’s Morgan Lee.
“Church is one of the least safe places to acknowledge abuse because the way it is counseled is, more often than not, damaging to the victim,” said Denhollander, who now works as a lawyer in Kentucky. “There is an abhorrent lack of knowledge for the damage and devastation that sexual assault brings. It is with deep regret that I say the church is one of the worst places to go for help.”
Nassar pleaded guilty in November to 10 counts of first-degree criminal sexual contact for abusing young athletes under the guise of medical treatment. He was sentenced last week to up to 175 years in jail.
Denhollander was one of more than 150 survivors who shared statements in court during Nassar’s sentencing hearing. In her statement, Denhollander spoke about how her advocacy for sexual assault victims “cost me my church and our closest friends.” 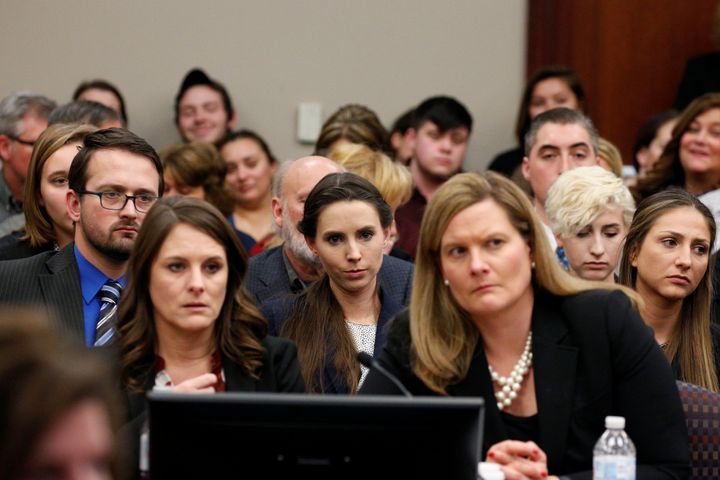 Denhollander said one of the biggest struggles she faced was trying to come to terms with what happened to her from a spiritual perspective. She told Christianity Today that she initially wondered why God didn’t prevent the abuse, and if she was “stained” by it. Over the years, she came to realize that church teachings sometimes can be used to “mitigate and to minimize” victims’ suffering.
″[Christians] can tend to gloss over the devastation of any kind of suffering but especially sexual assault, with Christian platitudes like God works all things together for good or God is sovereign,” she told Christianity Today. “Those are very good and glorious biblical truths, but when they are misapplied in a way to dampen the horror of evil, they ultimately dampen the goodness of God.”
Ashley Easter, an advocate for abuse victims, told HuffPost she agrees the church is not always a safe place for victims to disclose abuse.
“Many churches hold poor interpretations of Scripture that imply the victim is somehow at fault for dressing or acting a certain way ‘immodestly,’ that speaking up about abuse is ‘gossip’ or ‘slander,’ and that forgiveness is moving on without demanding justice for the victims,” Easter told HuffPost.

“These stances are a stark contrast from Jesus’ ministry to the marginalized.” 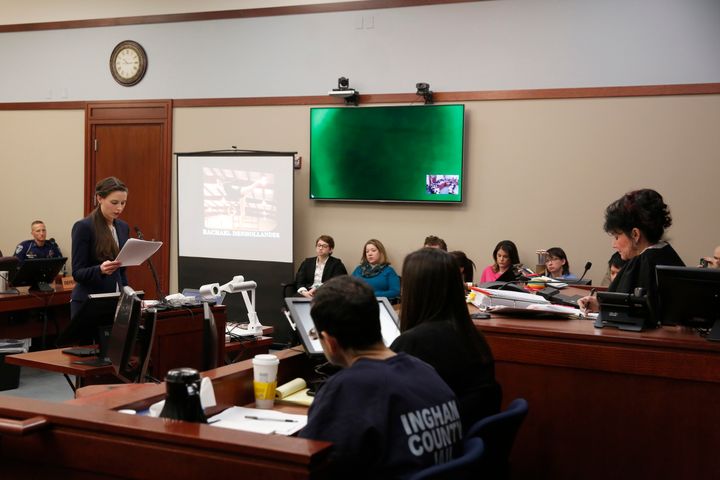 Many of these views about women are steeped in patriarchal biases. Christa Brown, an expert on church abuse scandals, told HuffPost that in evangelical communities, patriarchy is often seen as part of God’s plan. Some churches emphasize female submissiveness and male “headship,” the idea that men have final authority over women in the church, community and home.
These teachings aren’t always inherently destructive. But they can create an unequal power dynamic ― such as when a female survivor of assault brings her case to the male elders of a local church.
Meanwhile, other aspects of evangelical Christian theology, such as the emphasis on forgiveness of sin, can enable covering up sexual abuse. And often, Brown said, evangelical churches lack adequate accountability structures that would keep all of these problematic forces in check.
“The toxicity of this combination ― a lack of accountability structures and a patriarchal theology ― taints evangelical culture at its very core,” Brown told HuffPost. 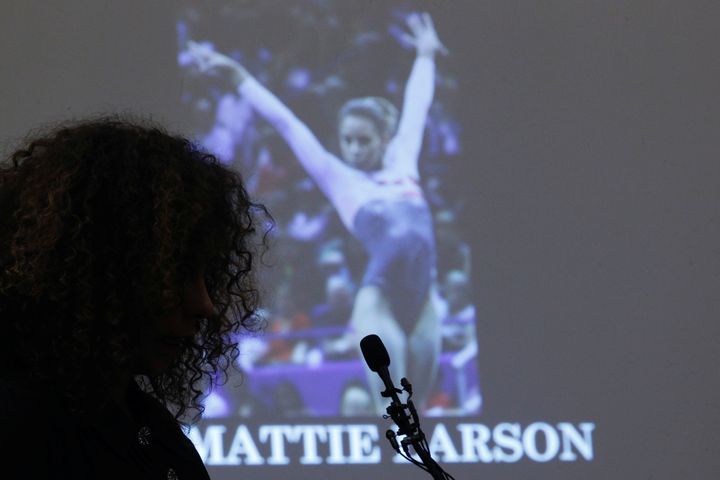 Denhollander first went public with her accusations in The Indianapolis Star in September 2016. At the time, she and her husband were attending a church in Louisville, Kentucky. She claimed the church was “directly” involved in supporting a local pastor who had been accused of covering up child sex abuse. When Denhollander spoke up on behalf of survivors, it caused a rift between her and the leaders of her church. She said some elders even used her personal story of sexual abuse as a weapon against her, claiming that the assault had clouded her judgment as an advocate.
In the interview with Christianity Today, Denhollander made it clear that she feels the problem is bigger than one individual congregation. She believes the American evangelical church as a whole has to work much harder to appropriately respond to abuse allegations from survivors.
“The only reason I am able to have the support of these leaders now is because I am speaking out against an organization not within their community,” Denhollander said. “Had I been so unfortunate so as to have been victimized by someone in their community … I would be massively shunned. 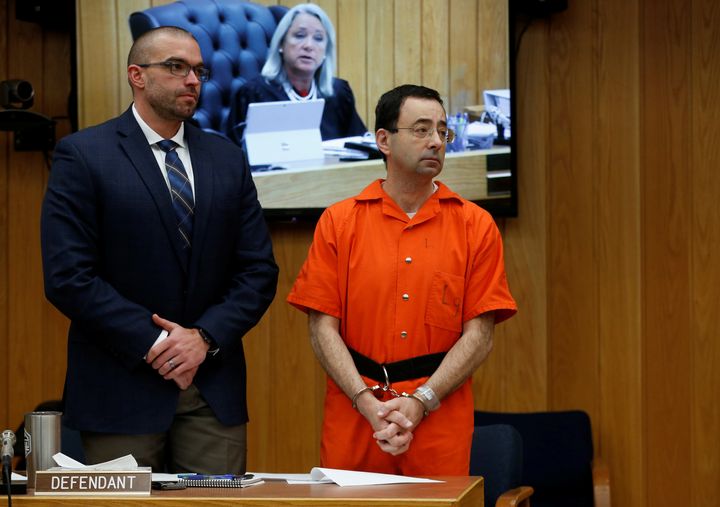 Easter told HuffPost she’s seen this pattern before in evangelical churches. Church leaders are more likely to support specific victims if the abuser has no ties to their own ministry. But when victims come forward about abuse by one of the church’s pastors or a popular ministry leader, the church’s first response is often to fully support the abuser and reject the victim, she said.
“This duplicitous double standard is an exercise in image management and not reflective of the heart of Jesus,” Easter told HuffPost in an email.
In January, an evangelical church in Tennessee was criticized after it appeared to stand by a pastor accused of sexual abuse. Highpoint Church in Memphis initially indicated it had “total confidence in the redemptive process” that accused pastor Andy Savage had gone through after he allegedly assaulted a young woman years ago. After the pastor read out an apology during a church service, some members gave Savage a standing ovation.
It wasn’t until the church received backlash in the national media that leaders decided to put Savage on leave, and take other steps to re-evaluate the church’s policies on child safety.
Brown agrees that church leaders tend to respond poorly to abuse in their own communities.
“Having communicated with hundreds of clergy sex abuse survivors over the past decade, and based on my personal experience as well, I can say that Rachael’s statement is absolutely true in its assessment of how abysmally evangelical leaders would react if she had been victimized by someone within their own community,” Brown told HuffPost. “Rachael’s statement should serve as a challenge to evangelical faith groups to at least come up to speed with the basic norms of accountability structures.” 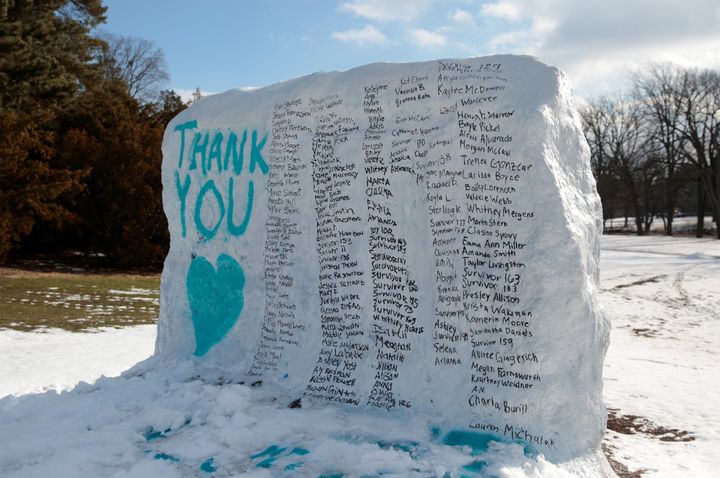 For Brown, this includes setting up centralized safe spaces within denominational bodies where survivors can take their complaints.
“What most evangelical groups now have is a system that tells abuse survivors to take their complaint to the local church ― i.e., the church of the accused pastor,” Brown said. “This is akin to telling bloody sheep that they should go to the den of the wolf who savaged them.”
Easter said that when victims come forward, churches need to open their doors and get outside professionals involved ― law enforcement, licensed counselors, justice attorneys for victims, and unbiased investigators.
“For the church to become a safe place for abuse survivors, it must repent of its sin of shielding perpetrators in their ranks,” she said. “The church needs to reevaluate its patriarchal shaming and silencing of victims and create an environment where abuse disclosure is encouraged and met with belief and compassion.”