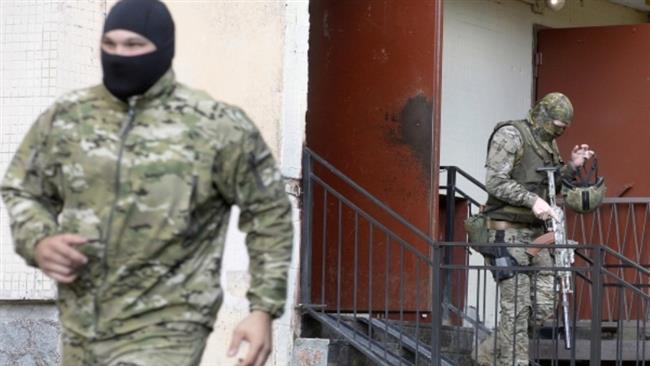 Russia’s top intelligence agency, the FSB, has managed to bust a major sleeper cell operating for the Daesh Takfiri terrorist group in the country.

The FSB said in a statement on Monday that it had detained members of the cell in an area outside the capital Moscow on September 30.

It did not elaborate on the number of those arrested, but said all of them were men from the North Caucasus, a region where Daesh has recruited many to join its ranks over the past years.

An FSB operative said later that two of the detainees were brothers from the Republic of Dagestan.

“One is 22 years old, the other is 19,” said the employee, without giving more details.

The FSB statement said the men had been reporting to Daesh members outside Russia and were planning attacks on transport infrastructure and public places. The FSB also confiscated improvised explosive devices, grenades found in the homes of the suspects.

The FSB has managed to foil a series of plots by Daesh to launch attacks in major Russian cities. The intelligence agency said in August that suspects from Central Asia with links to Daesh were arrested before they could execute their plans for attacks on civilians in Moscow.

Daesh has carried out a number of attacks in Russia in retaliation for Moscow’s assistance to Syria, which has proved helpful in purging the Takfiri terrorist group and other militants from major Syrian cities.

The Kremlin has repeatedly defended Russia’s Syria military operation, which began in September 2015, saying it is also aimed at preventing the return of thousands of Russian nationals believed to have joined the ranks of Daesh and other terror groups in the Arab country over the past six years.