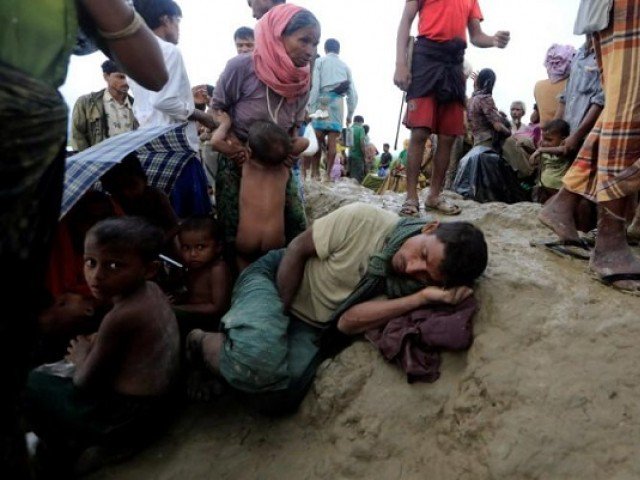 BOSTON / HOUSTON: Shareholder activists will speak with Chevron Corp next week to request the energy giant use its influence with the government of Myanmar to press for a resolution of ethnic violence that has led to a refugee crisis.

Joshua Brockwell, communications director for Azzad Asset Management, said the firm and other activist investors planned to press Chevron executives on October 25 to discuss a letter they sent that also asked the company to consider cutting ties with “governments complicit in genocide.” Chevron, the second-largest US based oil producer, does business in Myanmar through a subsidiary, Unocal Myanmar Offshore Co Ltd. It has projects that include a minority interest in natural gas production and a pipeline, according to the company’s website.

Asked about Azzad’s concerns, Chevron spokesman Melissa Ritchie said “Chevron conducts our business in a responsible manner, respecting the law and universal human rights to benefit the communities where we work, including Myanmar.” “In our experience, peace, stability and the protection of human rights provide the best foundation for the economic development of a region and associated improvement in living conditions for communities,” she said via e-mail, confirming that the company would speak to the investors.

Azzad’s Brockwell said his firm was “growing increasingly concerned over the lack of a constructive response from Chevron” on its requests since the letter was sent, in August. Brockwell said it might also file a shareholder resolution for Chevron’s next annual meeting, similar to one Azzad and others filed for its 2017 meeting in May.

That resolution called for a report evaluating whether Chevron should stop doing business with governments complicit in genocide or crimes against humanity. The resolution received support from 6 percent of shares voted.

In addition to Azzad, an Islamic finance firm, the other lead filer of the resolution was a Catholic religious order, the Ursuline Sisters of Tildonk. Simon Billenness, executive director of International Campaign for the Rohingya, a Washington, D.C., advocacy group, said it planned to send similar letters to other companies doing business in Myanmar, signed by shareholders in those companies.