Trumpcare Passed the House: Here’s How We Can Still Stop It

The ACA remains the law of the land. There are many more steps left in the legislative process before this bill ever reaches Trump’s desk. 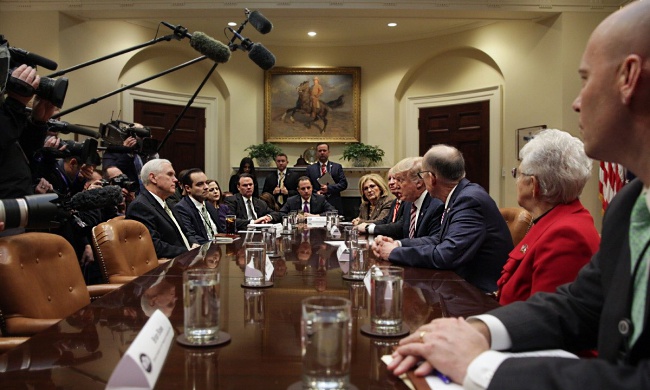 Trumpcare passed the House on May 4. First, let’s recognize something remarkable about that: We all thought that Donald Trump would be signing an ACA repeal bill four months earlier on his first day in office. That didn’t happen. It didn’t happen because of you and your hard work. Instead, Republicans failed twice to pass their Trumpcare bill, and then only narrowly got it through the House.

House Republicans don’t know the impact of their bill, but they’ll own it

We will hold Republicans responsible for this bill. The vote on this bill was held without hearings, without a score from the Congressional Budget Office analyzing its full impact, and without giving members enough time to even read the bill. Nonetheless, with a razor-thin margin, House Republicans rammed their deeply unpopular Trumpcare bill through the House. Make sure to hold them accountable for this vote, now and for the rest of their careers.