Ranchers and Tribes Unite Once Again to Fight the Keystone XL

A unique alliance among tribes, ranchers, and other landowners in Nebraska regroups to resist fossil fuel development like the Keystone XL. 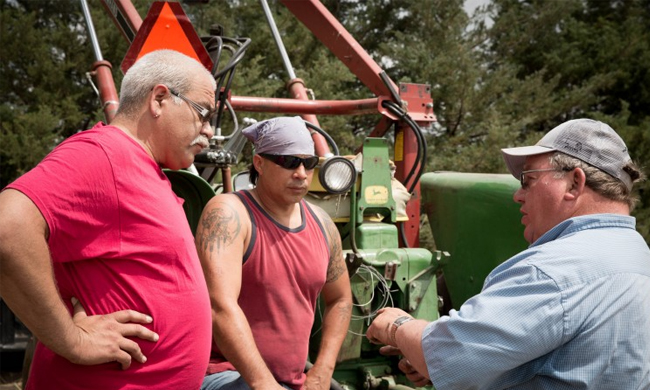 A week after tens of thousands turned out in support of science and as thousands more this weekend take to the streets for the People’s Climate March, a quieter walk will be held at what might be considered ground zero of the country’s energy debate.

On April 29, the Ponca Tribe of Nebraska will head south on a 273-mile remembrance walk beginning in Niobrara, Nebraska, and culminating 12 days later in the small village of Barneston. The event will commemorate the Ponca’s forced removal from their traditional lands in the 1870s—lands that today are again under dispute to make way for the Keystone XL pipeline.

“Knowing how painful it was to have that land taken away from us, we can empathize with those farmers that own that land today. We know what it’s like to be told somebody’s going to take your property away,” said Larry Wright, Ponca Tribal Chairman of Nebraska.