How outsider candidates threw the traditional left-right battle into disarray. 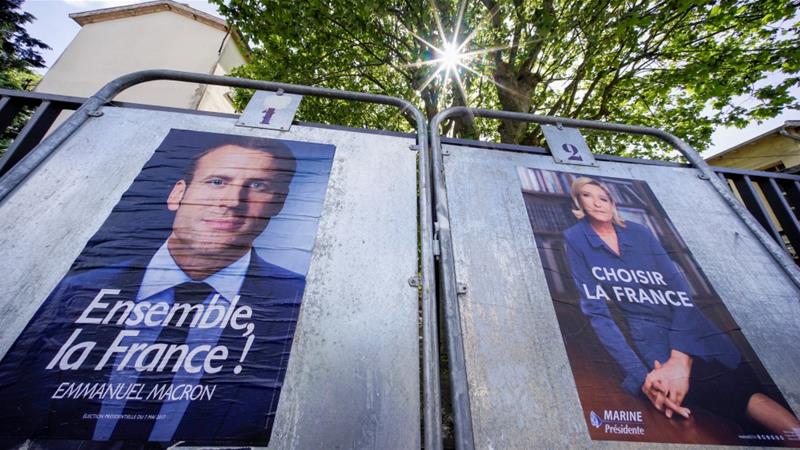 Paris, France – For the first time in modern French history, the runoff vote will not feature a single presidential candidate from a mainstream party.

On Sunday, tens of millions of people will choose between Emmanuel Macron, the 39-year-old centrist who – himself disillusioned with traditional political groups – founded En Marche! (On The Move!) last year, and Marine Le Pen, the far-right candidate who until recently was running under the Front National party.

After securing her place in the final, Le Pen stepped down from the party, a measure she says will allow her to represent better the interests of “all French people”.