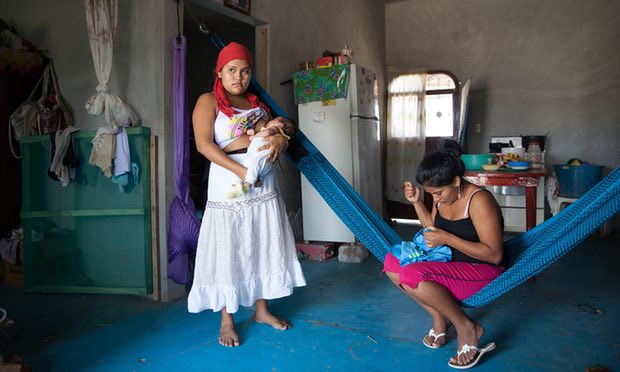 Luz Betsaida Orozco Pineda, who fell pregnant at 13 after she was ‘stolen’ in accordance with Zapotec tradition, is seen with her baby at their home in Juchitán de Zaragoza, Mexico. Photograph: Bénédicte Desrus/Alamy

Hundreds of thousands of young girls across Mexico are being driven into relationships and marriages with older men, denying them a childhood and an education, new research reveals.

Of the 320,000-plus Mexican girls between the ages of 12 and 17 who are cohabiting, nearly 70% are with a partner who is at least 11 years their senior, according to a report commissioned by the Ford Foundation.

The data represents part of a wider trend across Latin America, the only region in the world where child marriage is increasing rather than in decline.

Researchers found that 83% of married girls had left school, with the number rising to 92% among those living informally with a man. In contrast, just 15% of Mexican girls not in such relationships dropped out of school.