Study carried out across Middle East and north Africa shows sexist attitudes prevail, with men’s views of equality at odds with hopes of young women 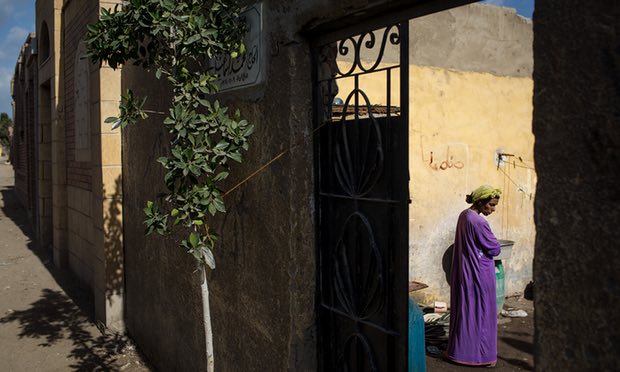 A woman in the City of the Dead in Cairo. More than half of the Egyptian men surveyed agreed that ‘there are times when a woman deserves to be beaten’. Photograph: Chris McGrath/Getty Images

Men’s views of equality between the sexes are woefully out of sync with the hopes of young women, according to a survey across the Middle East and north Africa.

Male attitudes towards the role of women in the workplace and at home, and of their participation in public life, were stereotypically sexist in the study of views in Egypt, Lebanon, Morocco and Palestine.

Nearly 10,000 people, aged between 18 and 59, were questioned with a majority of the men supporting a range of traditional and inequitable attitudes toward women, including a belief that they are not fit to be leaders, should not work outside the home, and that it is more important to educate boys than girls.

The younger women surveyed showed a consistent desire for greater gender equality, according to the research undertaken by the International Men and Gender Equality Survey (Images), an advocacy project that has been carrying out extensive household surveys of attitudes to gender issues around the world.