Inside the Lives of 4 Syrian Refugee Families 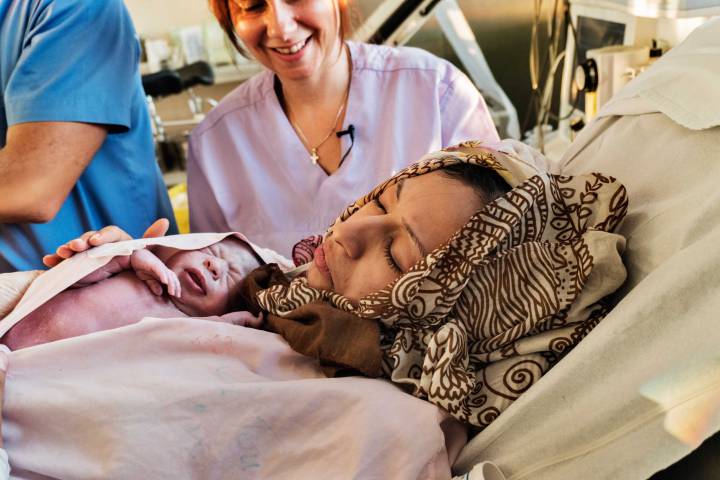 Sanaa, 23, gave birth to her second child on September 27, 2016. She and her husband live in one of the larger refugee camps in Thessaloniki, Greece. “ My first child was born as a refugee in Turkey, this one in Greece. They are God’s children now, and God will take care of them,” says her husband Hamza. They hope to leave Greece for a new destination in Europe soon.  Lynsey Addario—Verbatim for TIME

See TIME’s year-long multimedia project Finding Home, about the lives of four Syrian refugee babies and their families, as they face an uncertain future. You can also follow the project on Instagram at @FindingHome.

A few moments after checking into the maternity ward of Ippokrateio General Hospital in northern Greece, Suad Iessa hoists herself onto an examination table. She’s nine months pregnant and is about to get her first ultrasound. Back in Syria, Suad would have had many more by this point, but the 25-year-old refugee spent the first six months of her pregnancy on the run from war and the past three in a refugee camp with limited access to prenatal care.

Suad turns her face away in embarrassment as the male ultrasound technician pulls aside her gown to run the wand across her exposed belly. He glances at the computer screen, then pauses. He calls in a colleague. They speak in rapid-fire Greek, gesturing at the screen and then at Suad. “There’s a problem,” one of the technicians says. He steps out of the room to summon the ward’s senior doctor, and Suad’s eyes fill with tears. She doesn’t speak the language, but she understands enough to know that something is very wrong.