India’s Electric-Car Plans could Leave Trump & US in Dust 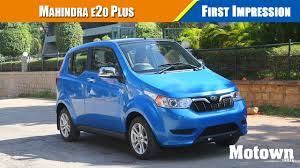 India’s announcement that it wants to have its automobile fleet go completely electric by 2030 is a bigger deal than it seems on the surface, if in fact the government follows through.

Goya also said that the Indian government would be willing to subsidize electric automobiles as an infant industry, just as it had the Maruti car, which now is profitable.

The government is driven by several considerations. First, India is facing an extremely serious urban pollution problem. When I was there last year the mayor of New Delhi made a rule that cars even-numbered license plates had to alternate day by day with those with odd-numbered plates, to cut down on traffic and deadly emissions.

Second, India has little petroleum of its own and must import it, which is a drain on its economy.

Third, the Indian government genuinely believes that climate change is a danger to the country (which is correct; some climate models see India’s fertile Gangetic plain turning into a dustbowl as the global temperature warms).