From Gandhi to guns: An Indian woman explores the NRA convention 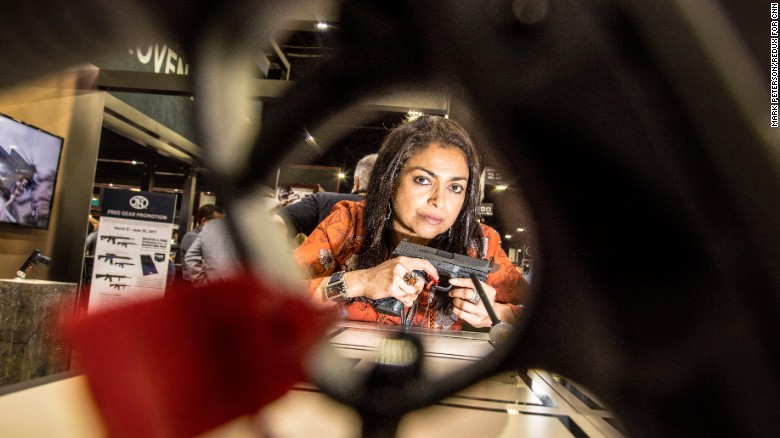 Atlanta (CNN)Guns are not a part of the culture of my homeland, except perhaps for the occasional Bollywood movie in which the bad guy meets his demise staring down the wrong end of a barrel.

My childhood in India was steeped in ahimsa, the tenet of nonviolence toward all living things.
The Indians may have succeeded in ousting the British, but we won with Gandhian-style civil disobedience, not a revolutionary war.

I grew up not knowing a single gun owner, and even today India has one of the strictest gun laws on the planet. Few Indians buy and keep firearms at home, and gun violence is nowhere near the problem it is in the United States. An American is 12 times more likely than an Indian to be killed by a firearm, according to a recent study.
It’s no wonder then that every time I visit India, my friends and family want to know more about America’s “love affair” with guns.
I get the same questions when I visit my brother in Canada or on my business travels to other countries, where many people remain perplexed, maybe even downright mystified, by Americans’ defense of gun rights.