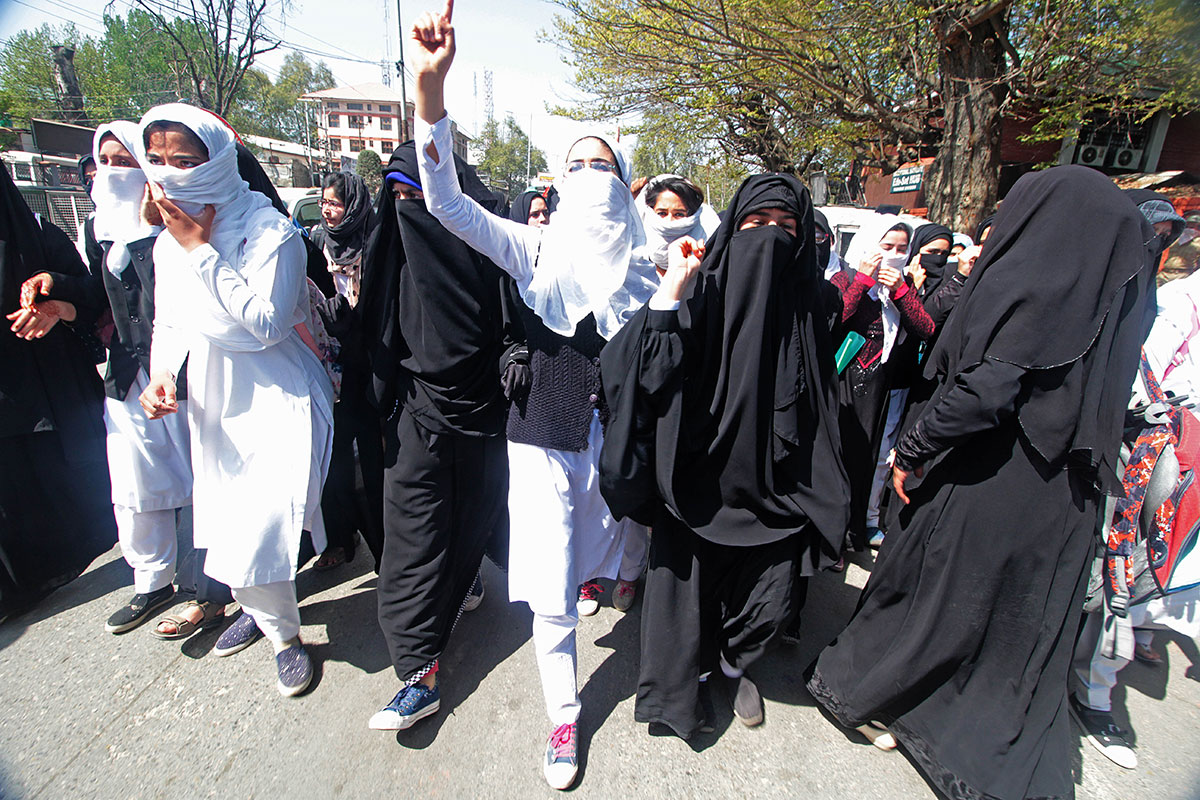 A 17-year-old was reportedly shot dead by security forces on April 15 in Indian-administered Kashmir while at least 50 college students were wounded by police officers who fired pellets and tear gas.

Indian police, assisted by paramilitary troops, created a checkpoint outside the college to arrest the boys who they said were involved in stone-throwing incidents.

Police used tear gas to disperse the protesters but the clashes intensified when pellets were fired, leaving many students injured, including Zeeshan Ahmed, who was injured in the head.

More than 15 students were admitted to the district hospital in Pulwama on the same day. Most of them suffered pellet injuries to their eyes. Zeeshan was later transferred to a hospital in Srinagar for specialised treatment, a senior doctor at Pulwama hospital told a local newspaper.

Mass protests then broke out as a result, with students from other colleges, including a girls’ college, taking part.

The day-long protests and clashes on April 17 left more than 50 students injured.