The empowerment of women through football has been a key battleground in the sport for decades. Some progress has been made but recent events show there’s a long way to go. 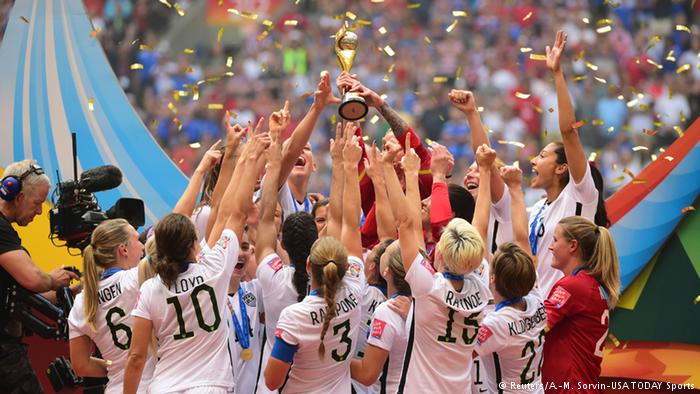 The news that the US women’s national team have agreed a new long-term labor deal with the country’s federation has put the topic of progress and equality in women’s football back into the spotlight.
Since their World Cup victory in 2015, the country’s players have been fighting for equal pay. On Wednesday, the US Soccer Federation and the team’s union reached an agreement that means that female players will see a sharp increase in base pay and match bonuses.
However, the deal still falls short of guaranteeing pay equal to that received by the US men’s national team. This battle is just one of multiple continuous challenges faced by women in football at various levels around the globe.
Football as a tool for change
Non-profit organizations such as Berlin-based ‘Discover Football’ use the sport as a tool to empower women and work against discrimination. Together with the German interior ministry, the group hosted the Women’s Football in East and South East Asia Conference in the German capital this week. The event has seen players, coaches and activists discuss how women’s football can be used to fight for women’s rights in the area.