The new deployment will be the first time US ground troops are officially deployed to Somalia. 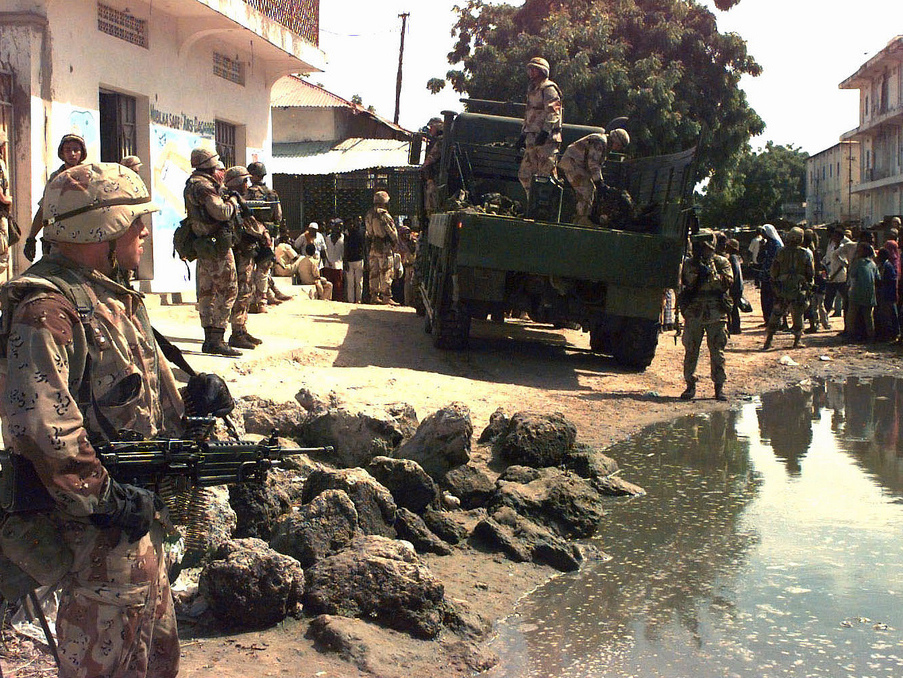 U.S. Marines load ammunition and weapons seized in a raid on Mogadishu, Somalia’s, Bakara Market December 2006. A Marine stands holding a M60 machine gun, left, pointing it at a crowd of Somali civilians standing at the right. (Photo/Expert Infantry via Flickr)

In October 1993, during the Battle of Mogadishu (the Black Hawk Down incident), 18 US soldiers were killed and 73 wounded, with a pair of Black Hawk helicopters shot down. The US responded by ceasing military operations, and within a few months had withdrawn all troops from Somalia. Today, they are headed back.

The new deployment, which US African Command (AFRICOM) is presented as a simple training operation, will be the first time US ground troops are officially deployed to Somalia, though of course the US has had some special forces present on the ground on and off, conducting occasional operations and spotting for US airstrikes.

AFRICOM also insists the new deployment was at the request of the Somali government, though indications in recent weeks has indicated that military officials have been pushing for an escalation of US intervention in the country at any rate, aimed at fighting al-Shabaab.