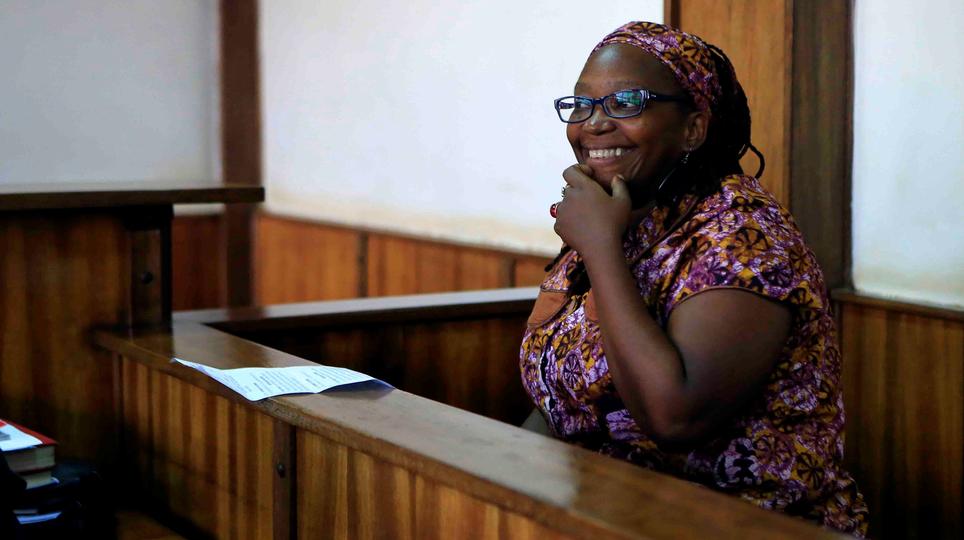 Nyanzi was arrested for insulting the country’s President Yoweri Museveni and the first lady. She was detained at a hotel in the capital on Friday shortly after hosting a fundraising drive to raise money for sanitary pads for schoolgirls. The education minister, who is Museveni’s wife, had campaigned with the promise of free pads but ditched the promise once elected.

There was a hub of activity on Monday as media and family were blocked from entering the Kira police station, where Nyanzi was detained until her court appearance at an unconfirmed location.

Using the hashtag #FreeStellaNyanzi, Twitter was critical of the ever-increasing secrecy of the Ugandan Government as they live tweeted developments from outside the Kira Police Station.