Rallies in the West Bank

April 29, 2017February 23, 2021 by Milena Rampoldi
By Antonietta
Chiodo, ProMosaik, from the West Bank. English Translation by Milena Rampoldi,
ProMosaik. As envisaged during the last days, at this very moment the daily
clashes during the rallies to support Palestinian prisoners increased in the
West Bank. The population feels very close to the protest of the empty
stomachs, even if there are no hopeful news. The number of arrested minors is
also increasing, in particular in the refugee camps. In this article, I am
trying to tell you my impressions on-site. 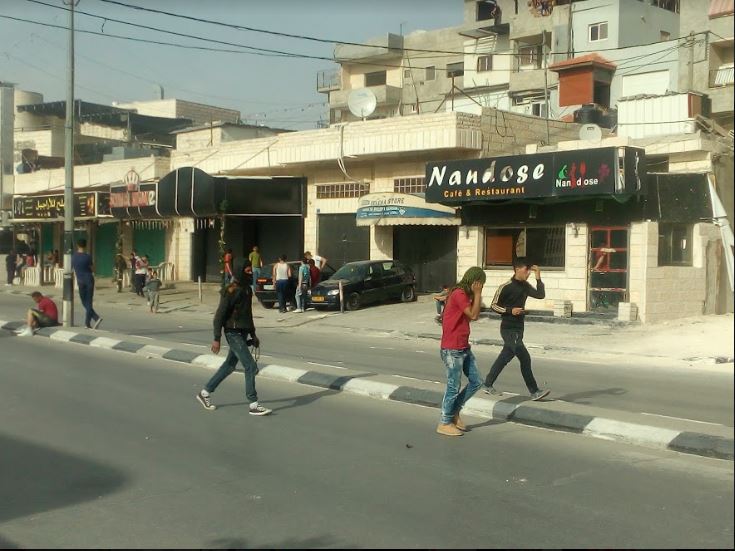 I am here in the West Bank,
close to the Palestinian population to describe daily life and to show that a
child is forced to live a completely different life than the life we could
imagine in a normal Western country, even if the latter is often rather boring.
In my previous articles, I
have talked about what is happening here these weeks, after the participation
of almost 2.000 prisoners detained in Israeli prisons in the hunger strike
proclaimed by al Fatah leader Marwan Bargouthi.
On April 27, 2017, next to the
Aida refugee Camp where there is the “famous” separation wall, embellished by
the artists’ murals, early in the morning the rally in support of the prisoners
starts. Many bins were reversed and burned to avoid the approach of the Israeli
military forces to the main road leading to Jerusalem.
Many children carry stones,
and are ready to escape at the start-up of their friends. In the distance, the
emptiness, suffocatingly waiting for the Israeli soldiers. On the earth,
hundreds of tear gas cartridges used to stun the population.
A moment later I try to take
some photos. Then a military car at high speed moves in our direction. The tear
gas makes our eyes water, and the confused voices of the children stun us.
On the day Abu Mazen called a
general strike, all protesters hope to find a place of refuge. We are happy to
see a small shop which has left the roller shutter open so that we can enter.
Inside wet wipes and water are distributed to clear our throat and to blot the
swollen eye lids.
In the end when I am able to
open my eyes, among the shelves I see people bent to the ground with the head
between their hands. Others run along the streets, and hide their face in the
pullovers trying to get away as fast as possible from the main road. We stop
for an hour, outside the air has become unbreathable.
At last, we come back to the
street. In the meantime the boys have become tired, and some of them has taken
the bicycle from home to run faster than the gas. In the distance, we can see
three silhouettes of Israeli soldiers; directly in front of us there is an
ambulance of the international Red Cross. At least 15 people have been rescued
since this morning, among them also a couple of American tourists.
The children always stand in
readiness, while from the roofs somebody with the face covered by a kefia
throws stones towards the wall. The alarm restarts again, and the ambulance
reverses to park behind a partition. We hear children crying, while they are
running towards us… to make us understand that the time has come… again we have
to find a place of refuge.
They run as swift as the wind,
all of them scream, the gun-shots are blown in the sky, and the general escape
starts again. A Palestinian photojournalist is hunched over his legs because he
is without gas mask. He tightens his eyes between his hands. Then he stands up
suddenly, and starts to escape to avoid the toxic powders. The smell is
indescribable.
In the meantime, my companion
sprays perfume on paper handkerchiefs and distributes them among the people. As
a good Palestinian, he has gained experience over all these years. 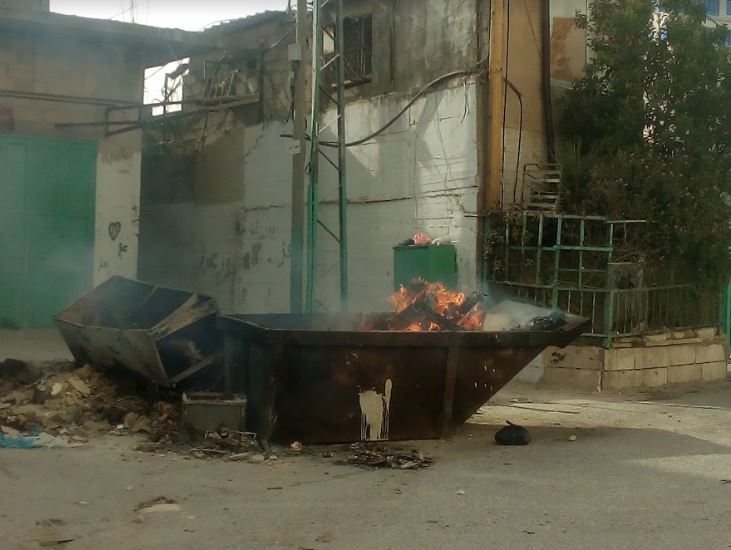 A child runs towards us and
tells us that a 17-year-old guy was arrested. He was kicked to the ground by
four Israeli soldiers and then dragged on the asphalt like a lamb to the  slaughter. We cannot intervene, because we
understand how quickly they would arrest us. And if arrested, we could not tell
the latest in a long string of
stories of ordinary  guerrilla where
children play the role of disarmed, small heroes, like David played against
Goliath.
So this is the result of
today, April 27, next to Bethlehem: 4 minors arrested, at least fifteen people
rescued because of the damages caused by toxic gas, and among them a couple of
tourists.
The Israeli military forces
did not just attack the rally, but also prepared an invasion into the near
village arresting 7 people, the majority of which were minors.
In the  village of Betunia two people, one adult and
one child, were arrested.