We explore systemic violence in Arizona, where six of the 24 Native Americans killed by police in 2016 died. 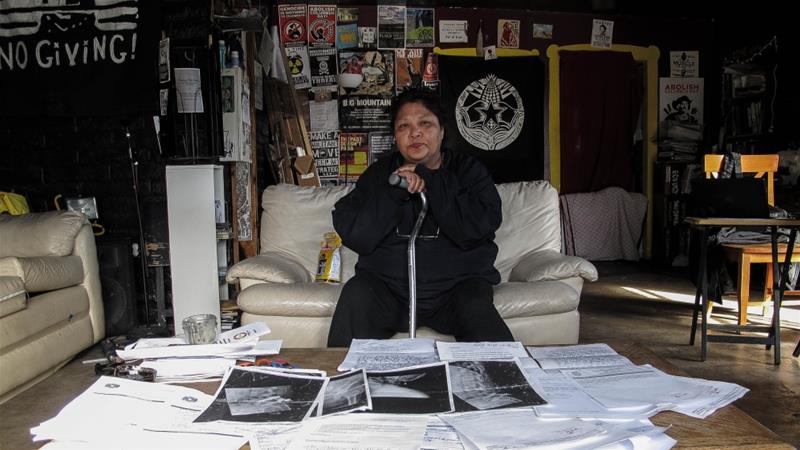 Winslow, Arizona, United States – On a cool evening in March, a group of Navajo gathered in front of the police department in Winslow, Arizona, holding signs, carrying candles, and demanding justice.

It was March 27, one year since 27-year-old Navajo mother Loreal Tsingine was shot dead by Winslow police officer Austin Shipley.

Tsingine, was shot five times by Shipley on Easter Sunday, 2016, after allegedly shoplifting from a local Circle K shop.

Brandon Benallie, a Navajo member of the national council of The Red Nation, a countrywide organisation of Native and non-Native activists, teachers, students and community organisers that advocates for Native American rights was at the demonstration. He says that after Tsingine was killed in the afternoon, her body was left in the pavement until six the next morning.