Incident took place in the Champs Elysees shopping district of the French capital. 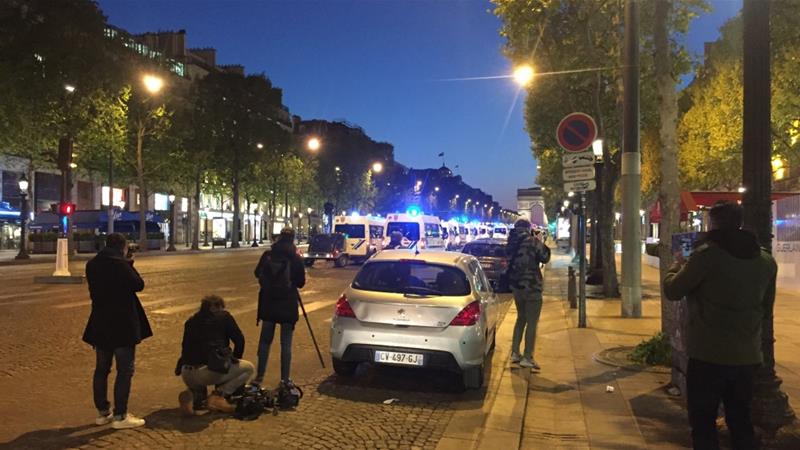 A gunman has killed a police officer and wounded another before being killed himself in an incident on the Champs Elysees shopping district in the French capital, Paris police said.

Paris police spokeswoman Johanna Primevert told The Associated Press that the gunman targeted police guarding the area near the Franklin Roosevelt subway station on Thursday night at the centre of the avenue popular with tourists.

There was no immediate indication as to the motive behind the incident.

“Police operation taking place in the Champs Elysee area,” Paris police said in a post on Twitter. “Avoid the area and comply with police instructions.”