Nigerian prosecutors have charged 53 men with conspiracy to organise a gay wedding and related crimes punishable by up to 14 years in jail, a court clerk has said.

The accused, aged 20 to 30, appeared at a magistrates court in the northern city of Zaria, Kaduna state, after being arrested at a hotel where they allegedly attended the wedding, clerk Mahmud Bello said. 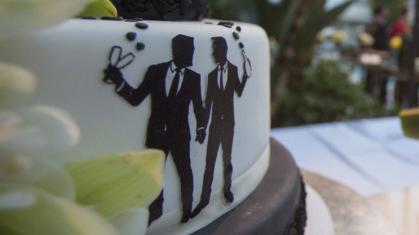 The suspects were arrested on April 15 and have been charged with conspiracy, unlawful assembly and belonging to an unlawful society, the clerk said. Bello added that the couple managed to escape.

The suspects, mostly students, pleaded not guilty and were released on bail while the judge adjourned their case until May 8. “Information reached the police that this group of persons conspired to celebrate a gay marriage,” said Bello, reading from the charge sheet.

Nigeria operates secular and Islamic laws, both of which prohibit gay relationships. In January 2014, the country passed legislation under former president Goodluck Jonathan making gay relationships punishable by 10 to 14 years in prison.