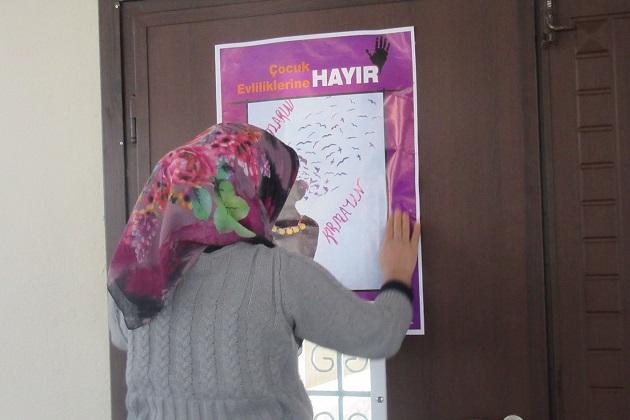 The 15-years old Derya B. died in October 2016 shortly after giving birth to her first baby. Two underage mothers in Diyarbakır and two others in Muş recently died during labor. All those girls were child brides, who have been married long before they reached adulthood, children that suffered from directly related consequences such as sexual abuse.

Early marriages are one of the bleeding scars in a lot of regions of Turkey particularly in East and Southeast Anatolia. The country has one of the highest rates in Europe with an estimated 15 percent of girls married before the age of 18 – while the mean age is 27.1 years for males and 24 for females. The Turkish Statistical Institute (TurkStat) recently released a Family Structure Survey stating that in 2016 17.9 of all first marriages took place before the bride had turned 18. This is almost every fifth wedding. Other experts estimate the number to be even higher with one third of all marriages being child marriages and one third of women getting married under the age of 18. Nevertheless, both data sets may not be representative due to the fact that most of these weddings are performed by religious authorities, such unions are neither recognized nor registered officially. One thing is certain, though: Child marriages affect girls about 20 times as much as they do boys. In 2016, while the age at first marriage was 28.2 percent for women under 18, for men it was 5.6 percent.