Interview with Khaled, during a rally to support Palestinian prisoners

by Antonietta
Chiodo, ProMosaik, English translation by Milena Rampoldi, ProMosaik. A couple
of days ago, the leader of al Fatah, Marwan Barghouti, published his shocking
article on New
York Times. He had just started a legendary protest, called the “struggle
of the empty stomachs”. Marwan has been able to start an extended non-violent
struggle of at least 1.300 prisoners in Israeli prisons, a hunger strike. The
objective is to show their reality to the rest of the world, and to make people
understand what is going on in this land of denied rights. In his article published
by New York Times Marwan attacks the Israeli military forces by using very hard
words. The Zionist regime is responsible for the total absence and/or the daily
violation of human rights, for daily physical and psychological torture, and
also for bad food. 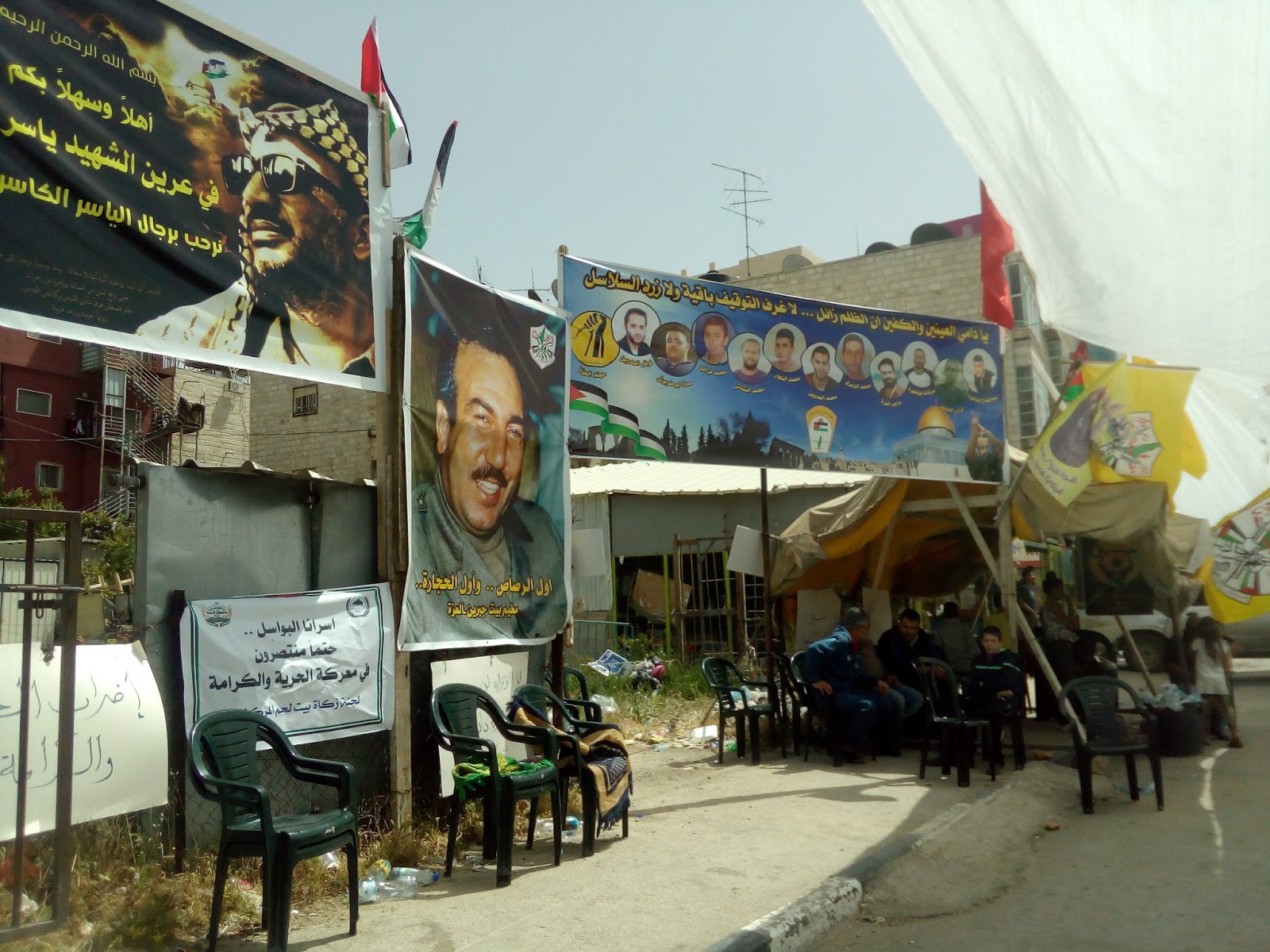 In these hours, the
population wants the competent authorities to take their responsibility to
sanction a state whose law is based on the exercise of violence and power
against a helpless population. However, as we can see today, this population has
not stopped resisting. The President of the Palestinian Authority Abu Mazen
declared his unconditioned solidarity with the Palestinian prisoners. The
groups next to Hamas and the Islamic Party have not made a clear decision about
whether they will participate to the hunger strike by involving their own
members in Israeli prisons or not.
The day after the
publication of Barghouti’s article and the extended participation to the hunger
strike by prisoners, the Knesset put the leader Marwan Barghouti and other
three main organizers of the protest in solitary confinement in the
high-security prison in the Northern West Bank next to the city of Jenin. Since
the beginning of the protests, the clashes and arrests are increasing, in
particular around Nablus, Hebron, and Bethlehem.
Today I went into the
streets and talked to a group of people during a solidarity rally for the
Palestinian prisoners in hunger strike. Among them there was also an about
eight years old handicapped child. Some of them wore gas masks. An ambulance
was ready to intervene in case of clashes.
Everywhere the shapes of
Israeli soldiers. In sight the separation wall. There are upset garbage
containers which make me think about a day full of tensions. During the rally, I
talked to Khaled, one of the guys participating to the protests, to ask him a
couple of questions about them.
Have there been news from the prisons during these
last hours?
No, since the beginning
of the hunger strike, Israel has not been giving any information… we have only heard
that the leaders of the protest were put into solitary confinement and that
many prisoners are not even allowed to talk to their own lawyer.
Do you feel supported by the Palestinian Authority
these days?
I cannot answer to this
question… I cannot say anything about it… I am just a man who decided to take
to the streets these days… as many women and children did… we would like to
tell the world what has been happening in this land since seventy years
now….  However, politics are the heart of
Palestine… the whole world turns around politics, we do not want to know if one
is on our part or not… since this is our life, and our freedom, and we will
continue our resistance against the occupation, day after day… If you want to
know if we trust Abu Mazen …. Then I can answer you: No, Palestine has stopped
trusting him since a long time now. 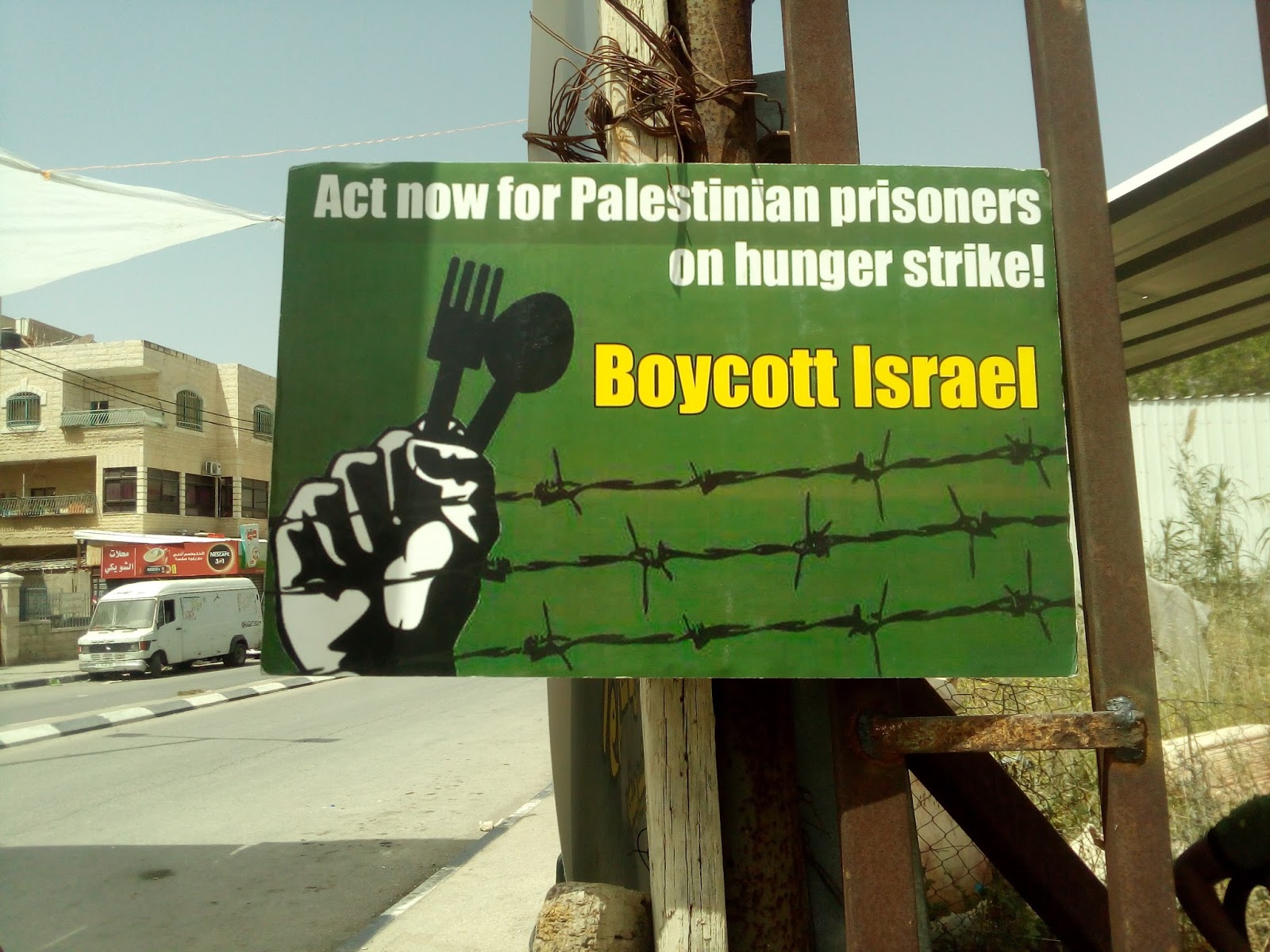 Were there many clashes during these rallies? Do you
think others will follow today?
We protest the whole
day, also in the evening. They usually attack us in the afternoon or after
sunset. As you can see, we have no arms. We just have flags… but we resist.
Because resisting is the thing we can do best…. And it is not a coincidence
that the majority of people participating to these rallies comes from the
refugee camps, in particular from the Dheisheh Refugee Camp.
Do you think that Marwan Barghouti’s initiative will
be really helpful?
Yes, I am absolutely
convinced that it is a light, an open window so that the world can look into
here… so that all can see how strong we the Palestinians are… we prefer dying
than continuing to be oppressed and tortured. Our situation has been unchanged
for seventy years now… So our fellows have started this struggle, and we have
to support them because they are brave men and true examples for us.