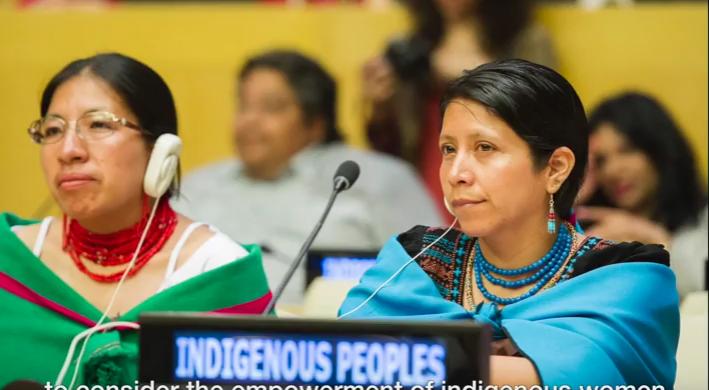 On March 13-24, 2017, the 61st Commission on the Status of Women (CSW61) convened at the United Nations Headquarters in New York City to discuss three major issues: women’s economic empowerment in the changing world of work, challenges and achievements in the implementation of the Millennium Development Goals for women and girls, and the empowerment of Indigenous women. 2017 also marks the 10th anniversary of the UN Declaration of the Rights of Indigenous Peoples and an opportunity for Indigenous women to vocalize their needs and concerns.

The session focused on four thematic areas pertaining to Indigenous women: participation in decision making processes at all levels; violence; economic opportunities; and the impact of climate change and responses.  Prior to the Commission taking place, the UN released a video describing some of the barriers to Indigenous women’s empowerment. While the focus on Indigenous women was historic in itself, the 2030 agenda pledges to leave no one behind and Indigenous women are perhaps “the group furthest behind,” noted H.E. Mr. Antonio de Aguiar Patriota (Brazil) in his opening remarks as Chair of CSW61. One of the points of discussion from the session was recognizing and portraying Indigenous women as agents of change rather than victims and the Indigenous women at CSW61 spoke powerfully about the injustices their peers face and provided unique insight into addressing these issues.