In Malawi, At Least 115 People With Albinism Have Been Attacked Over The Past Two Years

By How
Africa, 22
April 2017. Al Jazeera English has launched Killed for their bones – On the
trail of the trade in human body parts, an investigation into the rising number
of hate crimes against persons with albinism in Malawi. Al Jazeera’s Azad Essa
and Sorin Furcoi met survivors and families of victims, who were often brutally
killed because they had some form of albinism. 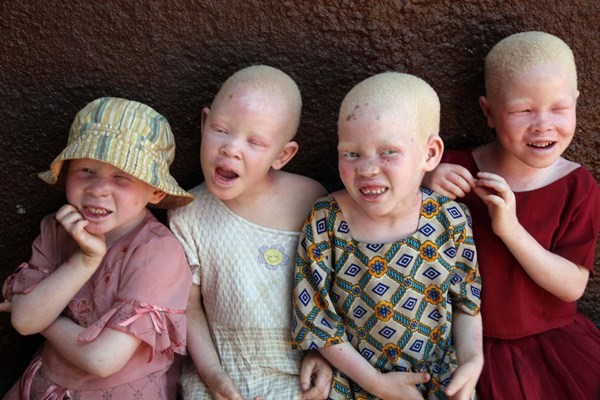 The
investigation showed how some people in southern and eastern Africa believe
that the body parts belonging to people with albinism contain magical powers,
often borne out of a toxic mix of witchcraft, poverty and desperation which is
threatening to kill off an entire community.
In
Malawi, at least 115 people with this skin disorder have been attacked over the
past two years by people who believe their bones contain gold dust, can solve
ailments, or can be sold on the black market for thousands of dollars. But does
this market exist? And has money ever changed hands?
Al
Jazeera tells the story of people who have been humiliated and taunted in
public, hunted and killed for their bones. But it also visits Zomba Maximum
Prison to speak with convicted perpetrators, who talk of an elusive market that
led them to their crime.
“We
decided to zoom in on this issue because we felt it was a story worth
understanding better given the severity of the crime and the lazy conclusions
that often come with stories from Africa,” said Al Jazeera’s Azad Essa, lead
writer of the project. “We wanted to hear from victims, who had a story to tell
of why they have been persecuted and quite often neglected and ignored.”
Al
Jazeera traveled to all parts of Malawi – central and southern Malawi in
particular – meeting victims, their families, government officials, and witchdoctors.
Killed
for their bones – On the trail of the trade in human body parts is a project
which tells the human story of people from all sides, but gives a voice to a
community that is often marginalized and persecuted due to their skin
pigmentation.