How this mentoring program is empowering young Arab women 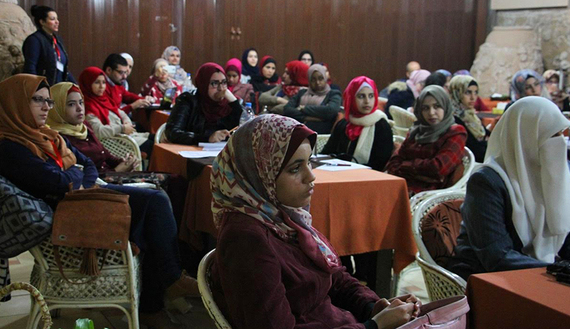 GAZA CITY, Gaza Strip — As part of the Big Sister/Little Sister program, girls 18-25 years old in the Gaza Strip and Beirut can choose a successful Arab businesswoman who lives either in an Arab or other foreign country as a big sister. They can consult with their big sisters by videoconference about the most important problems facing them in their educational or societal lives or even sensitive problems.

The Big Sister/Little Sister guidance program, which is the first of its kind in the Gaza Strip, was launched in Gaza in December 2016 and in Beirut in March this year. The program aims to guide Palestinian girls in Gaza, Palestinian refugees in Lebanon and Lebanese girls through key societal issues and empower them to confront the social challenges they encounter by connecting them with successful Arab women. These women play the role of Big Sister in video lectures specifically dedicated to them.