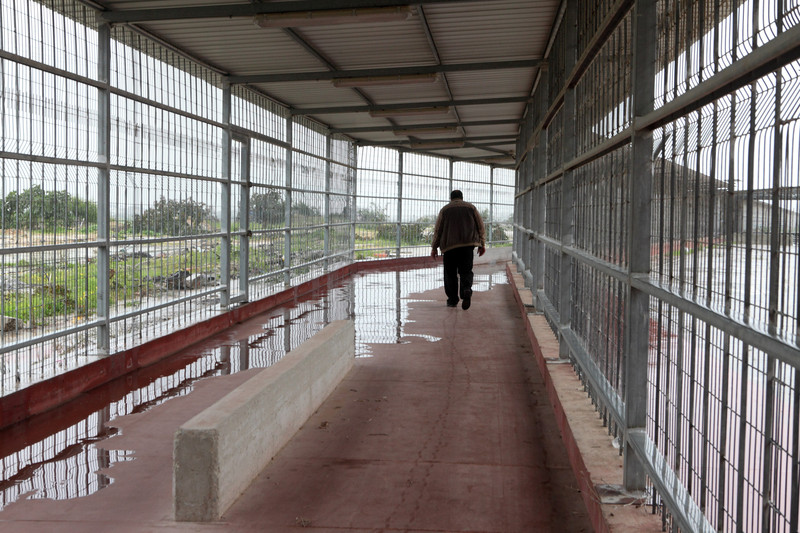 The number of people Israel allowed through the Erez crossing with Gaza on average each month in 2016 was about two percent of what it was in September 2000. Anne Paq ActiveStills
Israel systematically denies human rights workers entry to the occupied Gaza Strip, according to a new report by Human Rights Watch.

The group says the travel ban, which has been enforced for almost a decade, has significantly impeded the work of international, Palestinian and Israeli human rights groups, which document violations by the Israeli military and Palestinian armed groups.

Since Israel withdrew its military and settlements from Gaza in 2005, it has maintained that it no longer occupies the territory and is therefore not subject to the law of occupation which requires it to allow travel.

But this position has been rejected by the United Nations, the International Committee of the Red Cross, the United States and the European Union, which all maintain that Gaza remains occupied because Israel still exercises “effective control” over the territory despite the redeployment of its forces to the perimeter.

On Twitter, Emmanuel Nahshon, the spokesperson for Israel’s foreign ministry, responded to Human Rights Watch’s report by tweeting, “Given the number of terrorists employed by intl orgs, that’s right policy!!”