April 5, 2017February 23, 2021 by Milena Rampoldi
By Denise
Nanni and Milena Rampoldi, ProMosaik. In the following our interview with Sandeep of the organization Gunjan, an
organization founded to address drug abuse and crime prevention in India. 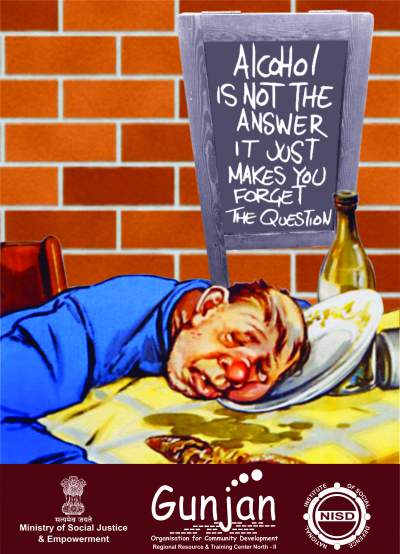 What are the issues
that brought to the foundation of the Gunjan Organization for Community
Development?
The Gunjan Organization for Community Development was established
four years back as a step towards Drug abuse and Crime Prevention. The idea
organized from its founder facilitator Late Shri R.S. Parmar, rehabilitation
activist of district Kangra of Himachal Pradesh. He felt that Correction, Crime
Prevention and Rehabilitation should always be accompanied with compassion and
understanding. This thought has been guiding force of the Organization. Since
2003 with the mission “To mobilise and harness the power of children,
youth, women and community at large to combat illiteracy, ignorance, gender
discrimination, health issues  and the
evil of drug & alcohol addiction with an ultimate aim of crime prevention
and development”. it has been actively providing
community services in the felids of Drug and Alcohol Prevention; Treatment of
Addicts and their Rehabilitation; HIV/AIDS Prevention; Empowering Women;
Education of Women and Children and Primarily prevention activities.
Which are your main activities and fields of
activity at Gunjan?
Gunjan Organization for Community Development is
a non-profit registered organization under Society registration Act 1860 in
year 2003 with the objective to address Drug abuse and Crime Prevention.
Following describes the Capabilities, which Gunjan has developed over the 14
years. For more please visit us at  www.gunjanindia.org
Programmes
and Resources
Organisation
has been designated as RRTC for above mentioned states since 2010 and currently
conducting trainings for more than 120 Drug De-addiction Centres working in
private set up or funded by Ministry of Social Justice and Empowerment, GoI. We
have resource pool on different issues and in all the four states. Organisation
has its own infrastructure in H.P. and has contract with different
organisations in rest of the states where organisation is conducting trainings
on regular basis. Organisation has its head office in Dharmshala, District
Kangra of H.P. and coordination office in Chandigarh.
The objective
of Community Care Centre was to provide therapeutic support to People living
with HIV and AIDS and empower them to lead their life in a positive manner.
Drug
de-addiction centre was established with the objective to extend support to the
people under the influence of alcohol and other substances and has become
addicts. Organisation is extending therapeutic support to them so that they are
strengthened themselves to come out that state and mainstream themselves in
society.
Orgcanisation
is implementing TI among drug users so that the process of high risk behaviour
for HIV transmission could be reduced to low risk and later on no risk.
Organisation has taken the initiatives for skill development and initiating the
same with help of IL&FS.
Organisation
initiated this facility with the objective to reduce the physical distance for
those who are in need and does not have information on Drug abuse and want to
know about the existing facilities and sort out their queries  related to the concerned issues. Organisation
is also working as secretariat for District Level Network of Positive People.
Organisation
is taking care of the family members of HIV infected and people under alcohol
drug influence through psycho social
support so that the family should know their roles and responsibility
and should extend the support to the person who is in need. This centre is also
working as facilitation agency to sort out the confusion and disputes taking
place due to these circumstances.
How do you promote community empowerment? Do you
carry on any specific project for women/girls empowerment? 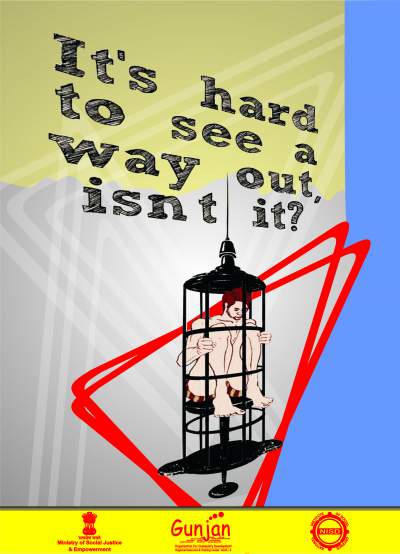 The organisation working for all communities
without any gender discrimination. All the projects implemented by the
organisation are focused  on female
communities because , We believe “Woman” is the nucleus of all social projects
and they are the immediate victims / sufferers of problems in any community….
The organisation has done some efforts to establish community based organisations
in the state of Himachal Pradesh. Gunjan has established a network of positive
people (http://gunjanindia.org/programs/networks-and-fourms/)
we  will be happy to share some of the success
stories of people who are in the leadership roles with the facilitations from
the Gunjan… please find attached the (As the files are in Hindi language you
need to take facilitation to study the same)

Without
ensuring the participation of Government and local agencies all the works done
by any of the None Government organisation has no meaning… Gunjan always ensure
the participation / network with all line agencies to implement any of the
intervention for the communities… Following are the network/ partnering and
program support agencies :