IS claims deadly blasts that tore through worshippers in Tanta and Alexandria, in latest attacks on Egypt’s Copts 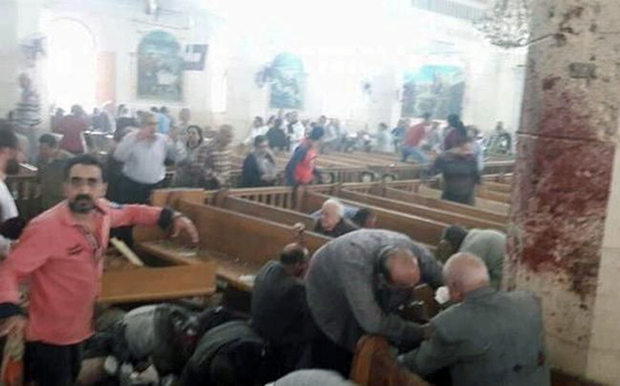 At least 36 people have been killed and scores injured in bomb blasts at two churches in northern Egypt as worshippers gathered for Palm Sunday mass, in the latest attacks on Egypt’s Coptic Christians.

Both bomb blasts were claimed by the Islamic State group via their Amaq news agency.

The first blast hit the St George’s church in the Nile Delta city of Tanta, 120km north of Cairo, killing 25 and injuring about 70 others as hundreds attended a service.

Eleven people were killed and 66 reported injured in a second blast hours later outside Alexandria’s St Mark’s cathedral, the seat of the Coptic pope Tawadros II.

Egyptian state security said a suicide bomber caused the explosion in Alexandria, where Tawadros had given a service hours before.