Domestic violence cases up in 2016: Report 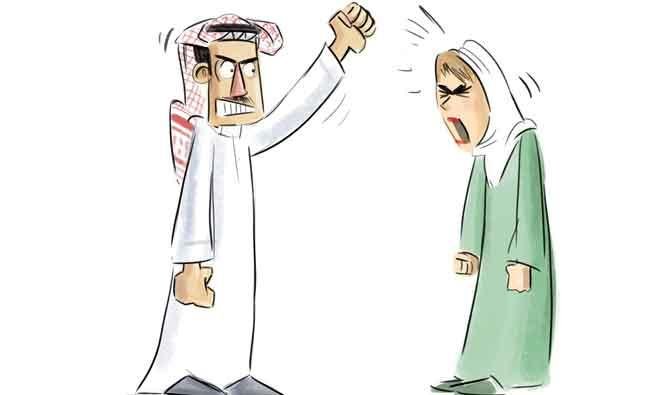 JEDDAH: Lack of firmness in dealing with domestic violence and child abuse cases caused reported incidents to rise by 18 percent and 19 percent respectively in 2016, a senior member of the National Society for Human Rights (NSHR) told Arab News.
A new NSHR report that reviewed cases from 2016 says it received 366 cases of domestic violence against women, up from 295 in 2015. Child abuse cases increased from 154 in 2015 to 188 in 2016.
“There’s an increase in domestic violence cases despite the existence of a law that protects children from abuse,” said NSHR senior member Suhaila Zain Al-Abideen, adding that women and girls tend to be the main victims of abuse.
Regarding child abuse, cases of 80 boys and 180 girls were reported, 118 of whom were abused by their fathers.
“The Ministry of Labor and Social Development unfortunately isn’t activating the two laws” of protection from abuse for adults and children,” Al-Abideen said. “We hear about abuse cases, but we don’t see firmness in implementing the laws.”
Personal affairs cases, including male guardians withholding women’s official documents, have dropped from 151 in 2015 to 135 in 2016.