Three people killed as protesters take to the streets around the country, with opposition demanding early elections. 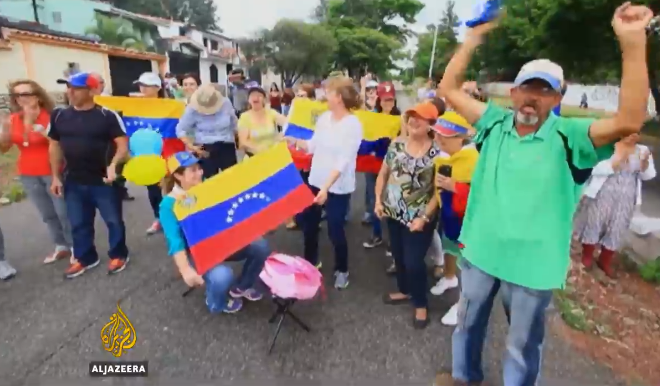 Three people have been killed during another day of protests in Venezuela, state television reported, bringing the total number of deaths in this month’s political unrest to 24.

A 42-year-old man who worked for local government in the Andean state of Merida died from a gunshot in the neck at a rally in favour of President Nicolas Maduro’s government, the state ombudsman and prosecutor’s office said.

Another 54-year-old man was shot dead in the chest during a protest in the western agricultural state of Barinas, the state prosecutor’s office added without specifying the circumstances.

An opposition party, Justice First, said the protest the man was in was against Maduro when it was targeted by pro-government “paramilitaries”.