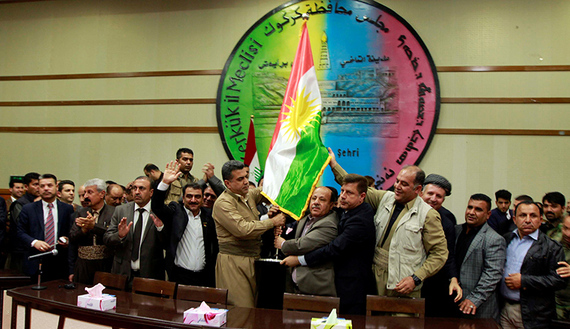 As talk of an independence referendum for Iraq’s Kurdistan Regional Government (KRG) grows, Iran’s role is becoming more visible, especially that of Qasem Soleimani, the powerful commander of the Islamic Revolutionary Guard Corps’ Quds Force. But it appears that this role is retreating in the face of Kurdish ambitions for more independence.

Kurdish media outlets reported April 10 that Soleimani had met senior leaders of the Patriotic Union of Kurdistan (PUK) in Sulaimaniyah. Rudaw, a media organization aligned with the Kurdistan Democratic Party (KDP), reported April 11 that the goal of the visit was to prevent the KRG from holding an independence referendum.

But it appears that PUK officials were not the only parties to the meeting. Soleimani had discussed the poll with KRG President Massoud Barzani in Erbil. Soleimani is Iran’s top official in Iraq, according to KRG Prime Minister Nechirvan Barzani. As such, he has had many relationships with Kurdish figures, especially in the PUK and the Kurdish Movement for Change (Gorran), since the 1990s.