America’s Arrogant, Apocalyptic Assaults Against The Rest Of Humanity Are Self-Destructive 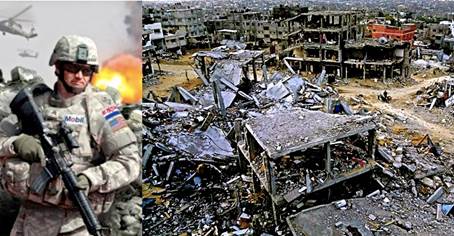 “. . . The causes of the malady are not entirely clear but its recurrence is one of the uniformities of history: power tends to confuse itself with virtue and a great nation is peculiarly susceptible to the idea that its power is a sign of God’s favour, conferring upon it a special responsibility for other nations — to make them richer and happier and wiser, to remake them, that is, in its own shining image. Power confuses itself with virtue and tends also to take itself for omnipotence. Once imbued with the idea of a mission, a great nation easily assumes that it has the means as well as the duty to do God’s work. The Lord, after all, surely would not choose you as His agent and then deny you the sword with which to work His will. German soldiers in the First World War wore belt buckles imprinted with the words ‘Gott mit uns’ [‘God with us’]. It was approximately under this kind of infatuation — an exaggerated sense of power and an imaginary sense of mission — that the Athenians attacked Syracuse and Napoleon and that Hitler invaded Russia. In plain words, they overextended their commitments and they came to grief.”
Senator J. William Fulbright (1905-1995) in The Arrogance of Power, 1966.
As a result of being obsessively preoccupied with the dangerous delusion of “American exceptionalism” that  maintains the U.S. is qualitatively different, arguably superior to all other nations, and deserving of being the dominant world power — a hegemonic tendency that has caused untold death and destruction starting with the 1893 overthrow of the constitutional government of the Hawaiian Kingdom and the annexation of the Hawaiian Islands  — the American people have consequently failed to notice the gradual apocalyptic erosion of their own accursed society: a society whose precariously perched position on the edge of a crumbling precipice was recently confirmed by the inauguration of President Donald “Make America Great Again” Trump: a barely literate, bigot, sexist, racist, and con artist whom psychologists and psychiatrists have diagnosed as having all the classic symptoms of mental illness.
(http://www.telegraph.co.uk/women/politics/donald-trump-sexism-tracker-every-offensive-comment-in-one-place/)  http://www.huffingtonpost.com/entry/donald-trump-racist-examples_us_56d47177e4b03260bf777e83)                (https://www.youtube.com/watch?v=ECooRLihkHg)
With its “exaggerated sense of power” and “imaginary sense of mission,” America has with delusional self-righteousness embarked on a series of invasions, interventions, regime changes, and “Wars on Terror” whose imperial overreach is inevitably accelerating its own global decline. Despite a brief hiatus of soul-searching and aversion to overseas military incursions following the humiliating and costly debacle in Vietnam, America soon resumed — egged on by Jewish “American” neocons — its contemptuous military adventurism including a more recent unilateral decision to “take out” seven predominantly Muslim countries in five years, (https://www.youtube.com/watch?v=rz5fZziMWEE) a decision which incidentally happened to be in line with Israel’s “Yinon Plan” of causing the target countries to “fall apart along sectarian and ethnic lines” with the  resulting fragmentation compelling each one to be “hostile” to its “neighbours.”
(http://www.globalresearch.ca/greater-israel-the-zionist-plan-for-the-middle-east/5324815)
In the still ongoing process of “taking out” oil-rich Iraq, the U.S. has dehumanised millions of civilians and according to a report from Physicians For Social Responsibility (PSR), a U.S.-based medical and public health organisation, the U.S. military has between 1991 and 2003 killed 1.9 million Iraqis and a further one million have been killed from 2003 to the present time by U.S.-led military interventions. The PSR study also found that four million Muslims have been killed in countries ranging from Iraq to Pakistan. Though the situation in Iraq had alone mobilised some anti-war activism, not enough people had been spurred into action because of the alleged global “War on Terror” which had the Bush administration, the British government, and other Western allies describing Muslim civilians casualties as “collateral damage” — and all armed factions fighting the U.S.-led occupation as barbarians — thereby denying Iraqis any semblance of humanity. This is not “collateral damage,” but premeditated murder akin to a deliberate and barbaric genocide.
“We have become a Nazi monster in the eyes of the world — bullies and bastards who would rather kill than live peacefully. We are whores for power and oil with hate and fear in our hearts.” 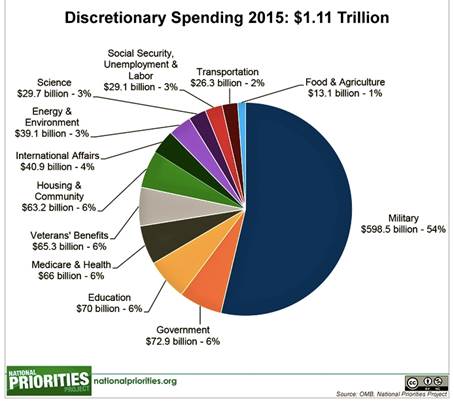 In the meantime, and according to the Institute for Policy Studies, the 20 wealthiest people in the U.S (the 0.000006 Percent) now own more wealth than the bottom half of the U.S. population combined which totals 152 million people in 57 million households. As a good deal of that wealth is secreted in offshore tax haven bank accounts, the reality is probably far worse. The Forbes 400 richest Americans now own about as much wealth as the nation’s entire African-American population and more than a third of the Latino population combined; more wealth combined than the bottom 61 percent of the U.S. population which is equivalent to an estimated 194 million people or 70 million households. Furthermore much of that wealth is Jewish money that controls most of what Americans read, hear, and watch. The perils of such control had been recognised some time ago in a report by the Commission On Freedom Of The Press which stated that “protection against government is now not enough to guarantee that a man who has something to say shall have a chance to say it. The owners and managers of the press determine which person, which facts, which version of the facts, and which ideas shall reach the public.”
The consequence of this reality means that the media — either owned or controlled by those who benefit most from endless conflicts — plays a major role in brainwashing the cash-strapped majority into accepting the necessity for wars that have been contrived for the benefit of the extremely affluent minority. Such wars also serve to satisfy the media’s need for the kind of news that increases readership and the size of the TV viewing public; serve to increase the popularity of political leaders while providing them with an excuse for postponement of urgent domestic reforms; serve to maintain private military contractors (PMCs) who would otherwise go out of business; serve to indefinitely defer decisions to reduce the overall military budget including the closure of surplus overseas bases; and serve to sustain the requirement for supplies from the military industrial complex whose costs to the Pentagon are never questioned because they are for the alleged purpose “defending America.”
“In the councils of government, we must guard against the acquisition of unwarranted influence, whether sought or unsought, by the military-industrial complex. The potential for the disastrous rise of misplaced power exists and will persist.”
President Dwight D. Eisenhower, Farewell Address to the Nation, January 17, 1961.
But while America’s military might has been gratuitously killing people and destroying cultures overseas, the American people have themselves begun to sense that something is very wrong with their own society and are concerned about rising socio-economic inequality, the erosion of national identity and purpose, increasing social polarisation, and a growing contempt around the world for their country which during the 1950s and 1960s was the richest and most envied nation on earth. Since then, America — the world’s premier creditor nation — has become the number one debtor nation whose ideology of denial, falsehood, wishful thinking, and self-deception has decayed its moral fibre so that 48 percent of American children are born to an unmarried mother while 43 percent of American children live in a home without a father.
As a consequence of such entrenched denial and failure to face reality, there also exists a cowardly refusal — by those responsible for political leadership, for operating the mass media, and for maintaining the educational system — to confront, or even to simply acknowledge, the organised pro-Israel Jewish community’s wide-ranging powers which are enforced by the capacity to silence any criticism or challenge with unfounded but nevertheless zealous accusations of “anti-Semitism.” This fact alone is the single most important reason for the decline of American power, the decay of American society, and the death of the “American Dream.”
“we supply all the wherewithal  — or a major part of the wherewithal — to finance or to pay for everything Israel does . . . The Senate is subservient to Israel, in my opinion much too much. We should be more concerned about the United States interest rather than doing the bidding of Israel. This is a most unusual development . . . The great majority of the Senate of the United States–somewhere around 80 percent–are completely in support of Israel, anything Israel wants. This has been demonstrated time and again and this has made it difficult for our government.”
Sen. J. William Fulbright claimed on CBS Face the Nation.
William Hanna is a freelance writer with published books the Hiramic Brotherhood of the Third Temple, The Tragedy of Palestine and its Children, and the forthcoming Hiramic Brotherhood: Ezekiel’s Temple Prophesy. Purchase information, sample chapters, other articles, and contact details at:
(http://www.hiramicbrotherhood.com/)