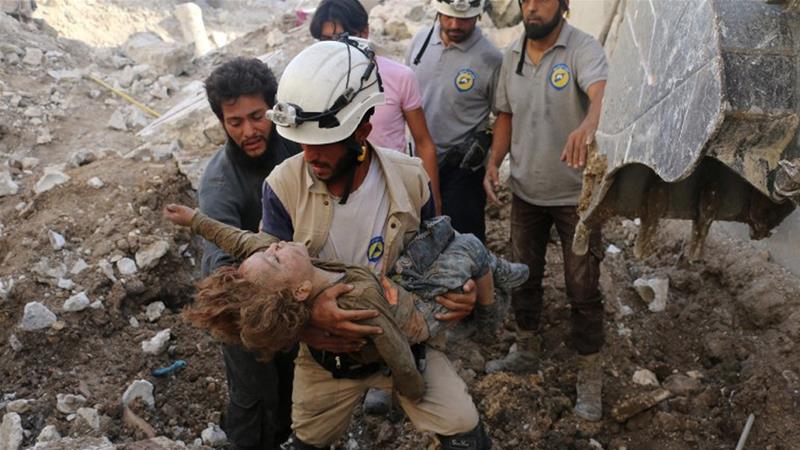 The White Helmets rescue group says it has been repeatedly targeted in Syria’s war [File: Ameer Alhalbi/AFP]
Air strikes have killed at least eight first responders from the Syria Civil Defence in Hama province, according to the group also known as The White Helmets.

Saturday’s air strikes hit the rescuers’ centre in Kafr Zita, located in northwestern Syria, and civilians who rushed to the scene to help were also struck, according to the Syria Civil Defence’s Twitter posts.

The air strike was one of the deadliest against the rescuers who operate in opposition-held areas and who have grabbed world attention for operating in extreme conditions, pulling survivors out of recently struck areas.

The volunteers have often been targeted by government air strikes, in what are known as “double tap” attacks, as they work to rescue others.

The Syrian Civil Defence operates in much of Syria’s rebel-controlled territory.