Women and Girls, One Third of World’s Drug Users 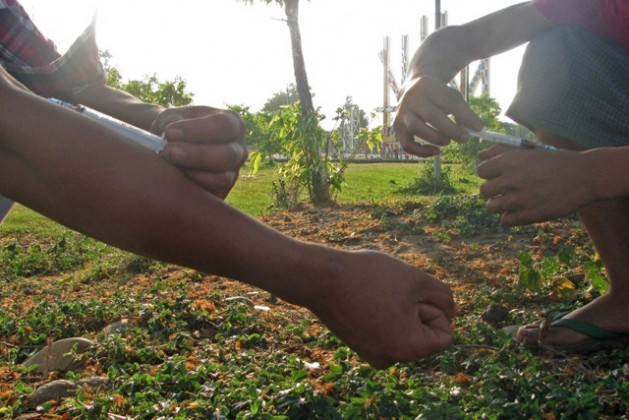 ROME/VIENNA, Mar 7 2017 (IPS) – Women and girls comprise one-third of global drug users yet are only one-fifth of those receiving treatment, a UN-Backed independent expert body warned.

Citing a significant rise over the past year in the number of women dying from drug overdoses globally, the Vienna-based International Narcotics Control Board (INCB) warned that women and girls comprise one-third of global drug users.

“Yet [they] are only one-fifth of those receiving treatment, as significant systemic, structural, social, cultural and personal barriers affect women’s ability to access substance abuse treatment.”

Further, they are also more likely to be prescribed narcotics and anti-anxiety medication than men, and are thus more likely to abuse these medications, according to the latest INCB report. For example, Germany and Serbia have reported that fatal overdoses from prescription drugs are more frequent among women.

The UN-backed independent expert body, which monitors governments’ compliance with international drug control treaties, has called for the implementation of gender-sensitive drug policies and programmes.

Additionally, countries such as the United Kingdom of Great Britain and Northern Ireland have seen larger increases in overdoses, of all substances, among women than among men, it informs.

These are among the key findings in the 2016 Annual Report that the INCB launched on March 2, stressing that Governments should prioritise providing health care for drug-dependent women, in addition to more funding and coordination to prevent and treat drug abuse among women.

“We want to change perceptions and remind people, particularly policymakers, of the importance of protecting the rights of women who use drugs or who have committed drug-related offences and the rights of their families,” said the organisation’s President, Werner Sipp.

The report also highlights the importance of targeting prevention programmes to specific populations, such as prisoners, pregnant women, people living with HIV/AIDS, and sex workers. It also notes that women prisoners and sex workers are at “particular risk” of drug use.

“Countries are also encouraged to seek alternatives to imprisonment for drug-related offences, such as treatment, rehabilitation and social integration.”

The INCB repeated its longstanding call for countries to abolish the death penalty for drug-related offences.