Why Women Are Skipping Work and Wearing Red on Wednesday 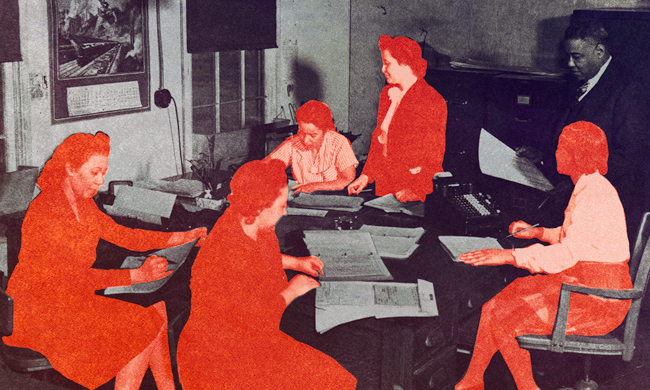 Margaret Prescod seemed preoccupied when I reached her by phone to ask about the International Women’s Strike planned for Wednesday, which she is helping to organize. I heard background noise on the line, and asked her what was going on.

“I’m loading groceries into my car,” she said, “something I will not be doing on Wednesday!”

That’s because March 8 is International Women’s Day, and Prescod is advocating that women withdraw their participation from both paid and unpaid labor. She’s going to walk the talk, too—and that rules out schlepping groceries.

Prescod represents women of color in the group Global Women’s Strike, which has been advocating strikes on International Women’s Day every year since 2000. Turnout has been modest in the United States in recent years, compared to places like India and the United Kingdom. But this year Prescod expects a stronger showing. Nearly 100 organizations have endorsed the women’s strike, including major progressive groups like MoveOn.org and the National Organization for Women—as well as a wide range of issue-based and local groups with a feminist focus. Marches are planned for cities in every part of the United States and in 30 countries around the world. Women and allies plan to wear red to show their support.

Organizers are hoping the day will build on the momentum of the Women’s March that took place on Jan. 21—but with a stronger focus on women of color and the heightened militancy that comes with withholding labor and spending.

“We’re in a crisis,” Prescod says. “The progress that we’ve made over the years has been slow to begin with. But now there’s also the worry that … what we were able to win, we have a good chance of those things being taken away.” She’s talking about things like reproductive rights, support for low-income mothers, and the rights of immigrant women.