What Zionists and Trump have in common: they cannot stand the truth!

March 4, 2017February 23, 2021 by Milena Rampoldi
By Evelyn Hecht-Galinski, Sicht vom Hochblauen, 1 March
2017, English Translation by Milena Rampoldi, ProMosaik. The unique in the
world State which calls itself the “only democracy in the Middle East” and
which since 1967 has been imposing military occupation on Palestinians with a system of illegal settlement policies and
colonisation has continuously sought to emulate other  dictatorships such as North Korea. However,
at least, North Korea does not claim to be the “only democracy” in Asia! 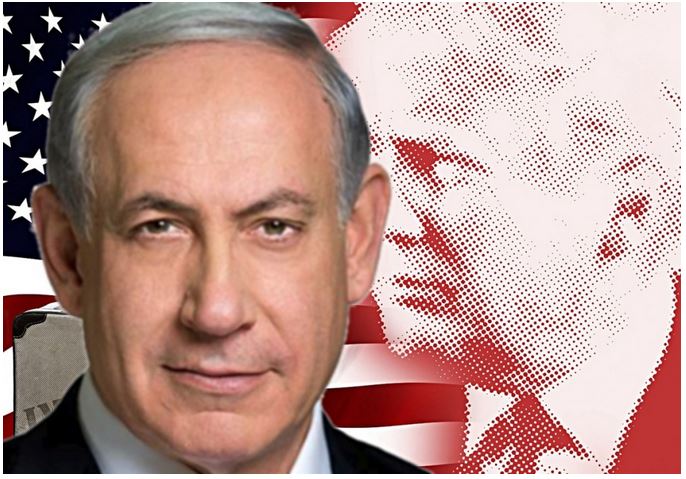 This
was just the prelude, since when the Belgian Prime Minister Michel was visiting
Israel, he “dared” to meet representatives of civil society, of B`Tslem and
Breaking the Silence. For Netanyahu the red line was crossed, and he summoned
the Belgian Ambassador on the grounds that Belgium had to decide if it would
like to maintain the “anti-Israeli line.” Such a
meeting organised by Merkel with the NGOs in the “Jewish State” would never be
possible or desired! (5) (6)
http://www.haaretz.com/israel-news/.premium-1.770620
http://www.watson.ch/International/Belgien/791796386-Israel-und-Belgien-fetzen-sich-via-Twitter-%E2%80%93-Jerusalem-bestellt-Botschafter-ein
Since
the Netanyahu regime is working on a law tightening, that obliges Israeli
organisations which receive donations from abroad, to publish this in their
budget every three months. This concerns in particular the left-liberal human
rights organisations, in contrast with the right, subsidised organisations.
Also the European government leaders like the British Theresa May and the
Belgian Charles Michel, were called to do anything within their power to dry
out these NGOs.
How
would it be if Jewish organisations in Germany and Europe would be obliged to
publish their budget every three months and to make public their national and
international donors?
In
the last edition of “Spiegel” I was alarmed by the interview with Amos Oz,
who from the German point of view is the second so called peace activist after
David Grossmann, and this gives me serious doubts about a normal “Jewish
thinking.” Oz and Grossmann cannot imagine living as a
“minority” in Palestine/Israel, and this deeply shocks me. And
the frank commitment by Oz that after Trump’s election he wrote a letter to Chancellor
Merkel to tell her that she is the “leader” of the free world, makes simply
stuns me. This Israeli intellectual payed homage to a chancellor who made of
the security of the “Jewish State” a state policy which showed solidarity with
Netanyahu when he committed genocide in Gaza and whose party wants to
criminalise the BDS movement and is overwhelmed with awards and honorary
doctorates by the Israel lobby.
Oz
is right when he says that the Hitler-Stalin Pact has brought 60 years refusal
of armament and violence. However, exactly in the “Jewish State” we have been
experiencing 69 years of armament, violence, racism, and militarism. Oz is
right only in one thing: the Israelis did not come as liberators, but as
occupiers. If he still believes in the mantra of the Two-State-Solution because
he cannot imagine a cohabitation in a State as Jewish minority, then we can
imagine how beautiful the new future of Palestine will be under the guideline
of Zionism over the head  of the
Palestinian, local population. It will be the evil and it will be careless of
the suffering of the others! (7)
http://www.fr.de/politik/israel-das-boese-beginnt-mit-gleichgueltigkeit-a-1020346
Trump
and Netanyahu both use the vocabulary of totalitarian regimes, they both use
compliant media for themselves, and silence “enemies” of their politics, they
introduce legal entry bans, build walls, and promote racism. So it is time to
be alert. Yes, the “leading media“ are right. Trump is a dangerous
splitter and warmonger. Trump plans the “historical increase” of the recent
military budget of 51 billion Euros, so that America will not just be great,
but also the strongest nuclear power. This should make all his left and right
supporters fear. It is planned to reduce international cooperation, the budget
of the Foreign Ministry and the budget of the Environmental Authority EPA. The
same applies to social support programs! Trump will also frustrate all those
who would like to see him through the Putin glasses, since nothing will change
with Russia. Also for Palestine no hope was born. On the contrary, thanks to
Trump, Netanyahu feels winged to finally feel free to judaise Palestine and to
engage for “Eretz Israel.”
Also
Chancellor Merkel has reacted with understanding to the request by the Trump
Government to increase the German defence expenses. Germany has to meet its
obligations.
Which
obligations does Merkel mean? To “lead” the provocations of the NATO in the
frontline or to conduct military campaigns all over the world in order to bomb
“our hypocritical values” into the world, 70 years after the liberation of
Auschwitz?
I
am always critical towards media, if they write tendentious reports, or even
worse, if they do not talk about something at all. For what concerns omissions,
the German media are masters. In fact, US media, from New York Times to
Washington Post, are definitively ahead of us in research and  clarification. Fake news media and fake
politicians should be unmasked, since they are the enemies of the people. So
what do Trump and Netanyahu have in common? They are dangerous racists and
militarists, who cannot stand the truth.