Over 28,000 have been forced from their homes since operation to retake western Mosul started on February 19, says UN. 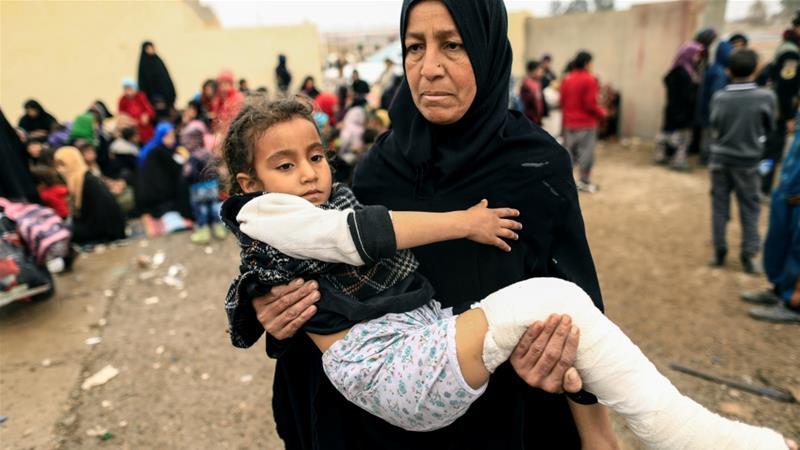 The total number of displaced since the battle for Mosul started exceeds 176,000, the UN says [Zohra Bensemra/Reuters]
Intense battles between Iraqi security forces and ISIL fighters in Mosul are causing increasing numbers of displaced people, with 4,000 civilians fleeing the city each day, according to the United Nations.

More than 28,000 people have been forced from their homes since a coalition of US-backed Iraqi forces launched an offensive on February 19 to retake the western sector of Mosul, ISIL’s last major urban stronghold in Iraq, the UN said.

The Iraqi ministry of migration and displacement put the number at 31,000.

Overall, the total number displaced since the battle for Mosul started in October exceeds 176,000, according to the UN.

Al Jazeera’s Stefanie Dekker, reporting from Erbil in northern Iraq, said the latest figures meant that this was the biggest outflow of civilians since the start of the Mosul push.

“There is no secure humanitarian corridor to get out of the neighbourhoods that have been cleared, but even then there is still crossfire,” she said.

“They [civilians] are having to make their way over barren land … just southwest of Mosul. We have seen people walking across land; people on wheelchairs, women with children exhausted and terrified, also leaving relatives behind because they are not sure if the route is secure.”