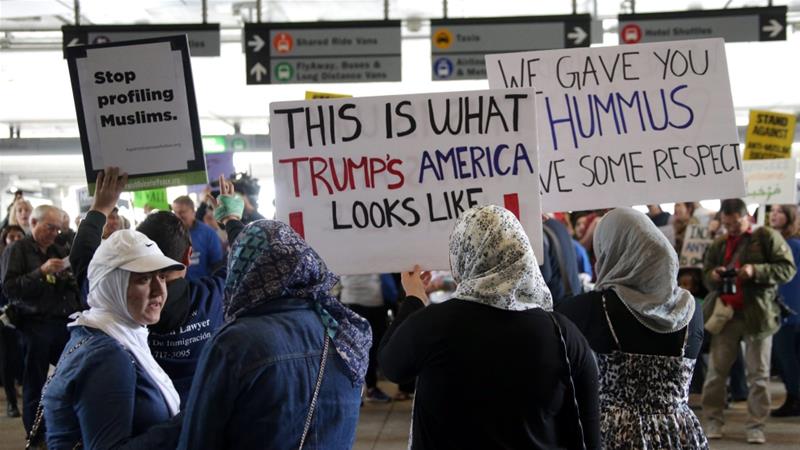 Donald Trump has signed a revised travel ban that will temporarily halt entry to the US for people from six Muslim-majority nations.

Under the Republican president’s order announced on Monday, a 90-day ban on travel to the US will be imposed on citizens of Iran, Libya, Syria, Somalia, Sudan and Yemen.

Travellers holding pre-existing visas would still be allowed entry, according to the new order, which will come into effect at midnight on March 16.

Green card holders will not be affected by the order.

Unlike the previous ban, the new directive does not include Iraq in its list of countries targeted, following pressure from the Pentagon and state department which had urged the White House to reconsider given Iraq’s key role in fighting the Islamic State of Iraq and the Levant (ISIL) group.

Iraq said the revised order sends a “positive message” about the future of bilateral relations as the two countries work to combat ISIL, also known as ISIS.

Saad al-Hadithi, government spokesman, said the decision to revise the ban shows that there is a “real partnership” between Washington and Baghdad.

The new version also removed language that would give priority to religious minorities.

Critics had accused the administration of adding such language to help Christians get into the United States while excluding Muslims.

Al Jazeera’s Alan Fisher, reporting from Washington, DC, said: “[US officials] have tried to take what was the existing executive order, make it much tighter, and essentially make it bullet proof in the courts.”