Sexual assault in Japan: ‘Every girl was a victim’

Sexual assault of schoolgirls is commonplace on Japan’s public transportation, but now more girls are speaking out. 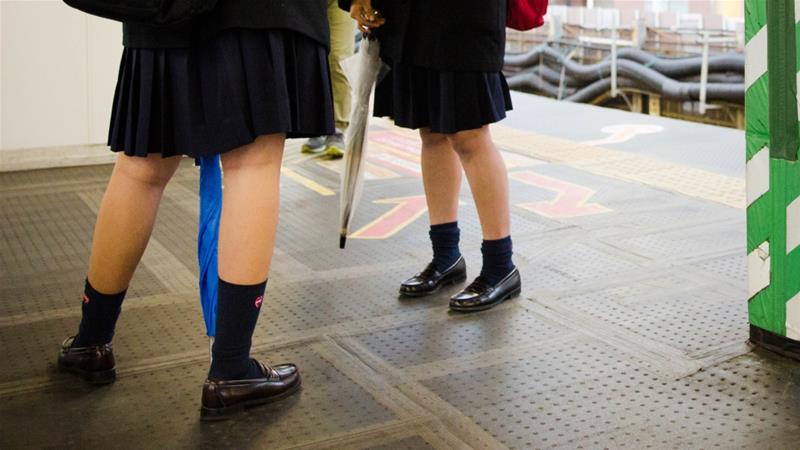 Tokyo, Japan – Tamaka Ogawa was about 10 years old when she was sexually assaulted for the first time. It was a public holiday and she was on the subway. A man standing behind her pulled down the band of her culottes and underwear, touched her bare bottom, then pressed himself against her. She recalls feeling shocked and physically sickened. When she reached home, she repeatedly washed the spot where he had pressed himself against her, although she was conscious of not spending too long in the toilet, in case her family noticed that something was wrong.

Some years later, on her first day of senior high school, she was groped on the commute home. After that, the groping and sexual assaults – men would often stick their hands inside her underwear – became a regular occurrence as she made her way to or from school in her uniform. Each time, she would run away, unsure of what to do.

“I thought of myself as a child,” she reflects. “I could not understand that adults were excited by touching me.”

It would be improper to express anger towards an adult, she thought, and she worried about attracting attention. Besides, her parents had never spoken to her about such things and how she ought to handle them.

She recalls one incident particularly clearly. She was about 15 and on her way to school. A man began to touch her, putting his hand inside her underwear. He was aggressive and it hurt, she remembers. When the train stopped, she got off. But he grabbed her hand and told her: “Follow me.” Ogawa ran away. She believes that people saw what was going on, but nobody helped.

She felt ashamed and complicit, she says.